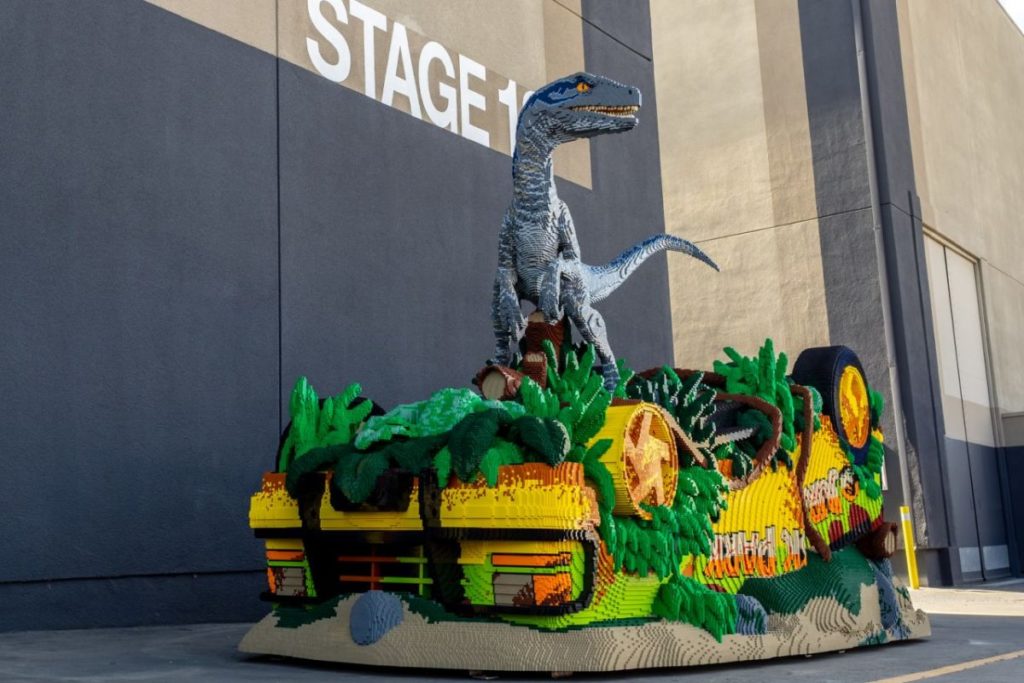 A new movie replica LEGO build captures the mix of new and old at the heart of Jurassic World: Fallen Kingdom.

The expert LEGO builders at the Czech Republic facility have used over 800,000 Lego bricks over 652 hours to put together an impressive new display build to help build hype for Jurassic World: Fallen Kingdom. This life-sized model depicts the raptor, Blue, standing atop an upturned Jurassic Park vehicle, as seen in the original 1993 movie.

Fans who have been paying attention to the trailers released know that Chris Pratt’s Owen “not bland” Grady will encounter his old raptor friend Blue in just such a setting. This model was shown for the first time outside Stage 18 at Universal Studios Hollywood, Yahoo reports.

Guests touring Universal Studios Hollywood will be able to see the build for the next few weeks.