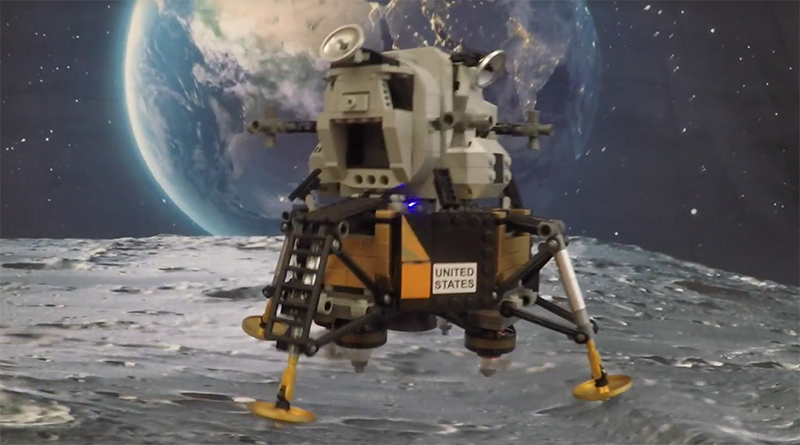 A LEGO fan has taken Creator Expert 10266 NASA Apollo 11 Lunar Lander and given it the ability to fly.

By attaching propellers to the bottom of the set, Adam has turned it into a drone. Almost everything is held together using clutch power, with just a few screws used to secure the motor.

Using his modified model, he has been able to recreate the lunar module’s descent stage, which saw it initially intending to land in one spot, with Neil Armstrong having to change course to the safer Sea of Tranquillity landing site.

The next stage of the project that the builder has planned is to add the ascent stage, which will see model leaving the Moon’s surface, telling more of the original lunar landing story.