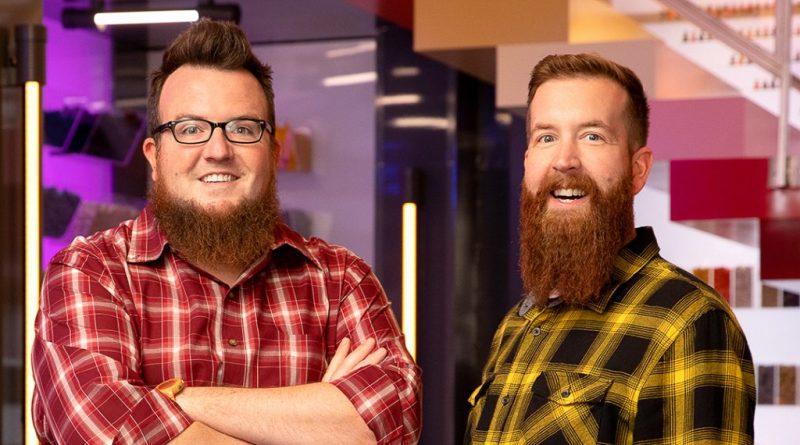 Brick Fanatics is speaking to the LEGO MASTERS USA contestants to find out more about them and their passion for the hobby. Boone and Mark hope to use their lifetime of building to carry them to victory

LEGO MASTERS USA is about to begin. Some of the best builders in the US are competing to see who will receive the title of LEGO MASTERS as they face tough challenges that will push their building ability to the limit.

Brick Fanatics is speaking to the builders who have their sights on the ultimate LEGO prize to get to know them better. In this exclusive interview, the Beared Builders – also known as Boone and Mark – explain how they became building buddies.

Mark: I enjoyed LEGO as a child then I did have a dark age. I came through the dark age when I met Brett Hooper, a friend who had been an AFOL for a number of years. I went to Wal*Mart and bought a Lava Explorer truck and I thought “these are expensive now.” But I went home and I combined the elements from these two sets and built a mega truck. I put it together and thought “I like this.” I sent Brent a picture and he thought it was cool.

Growing up my parents saw the value of LEGO as something you could put together and take apart for endless creativity. I remember having to mow the lawn at eight or nine years old – if I did my chores, my dad would take me to Fred Meyer and I could buy a LEGO set, that was my reward. I had a LEGO bunk bed, I remember sleeping on the top of the bed and building down below.

Boone: When I was about 4 or 5 years old, my dad bought me the 6378 Service Station. We built that set together and I was an instant fan. On Christmas morning when I was six, I woke to find [6285] Black Seas Barracuda under the tree. This has been my all-time favourite LEGO set ever since. As I went through grade school, LEGO Space became my favourite theme to collect and build. Like Mark, I also had a bunk bed where I slept on the top bunk and the bottom bunk was my LEGO Space base layout.

I tend to think of the Time Cruisers theme as the last sets I wanted to play with as a child and mark the beginning of my first dark age. This didn’t last long, as a teenager I needed to get my hands on some of the sets from the first wave of Star Wars. During college and the first years of my marriage, I had some of my old sets on display, but I didn’t do much building. I regained interest in the hobby when I had a job down the street from a game store with a table of bulk used LEGO parts. I would walk over during my lunch break and dig through the elements and began my collection of parts.

Around the same time, the LEGO Ideas sets captured my interest and I started building sets again. Joining the local LUG and visiting fan conventions really kickstarted my MOC (my own creation) building and I began connecting with the fan community.

Mark: I like building mechs or large scale apocalyptic builds. I build in a guest bedroom at home and with Boone.

Mark: Yes. I buy sets and take them apart to build other stuff.

Boone: As most of my collection is sorted bricks for MOC building, I try to keep my set collecting to a few narrow categories – Ideas sets, Batmobiles and the various iterations of Boba Fett’s Slave I.

Boone: I love singing and making music as well as video production. I really enjoy those magic moments when I can bring all of these hobbies together. There’s an example of that on YouTube – ‘Exosuit Can Dance Now’.