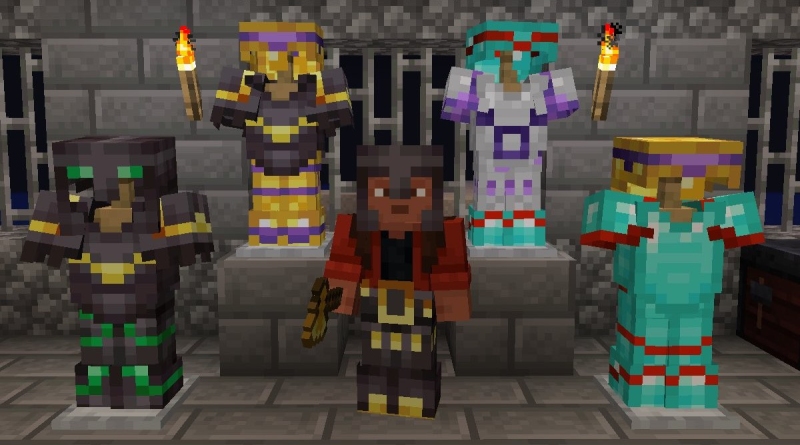 An upcoming Minecraft feature could inspire more detailed armour in the LEGO theme as trims are now being tested.

Over on Twitter, the Minecraft team have announced that armour trims are being tested ahead of the upcoming 1.20 update, due in 2023. These trims allow you to apply a second material to armour, adding an interesting design to them.

This new feature may be the perfect opportunity to introduce more detail into LEGO Minecraft. There are specialised LEGO elements for Minecraft armour pieces. These include two helmets, one specifically for Netherite considering its different shape on the front and one chestplate. Boots and leggings are represented using standard minifigure legs.

Printing these pieces with the trim designs could offer an extra level of detail for LEGO Minecraft minifigures that the game has never allowed to this scale before. There are plenty of examples of minifigure legs being printed and with the flat surfaces on the helmet and chestplate elements, it may be possible to apply prints to them too.

In the past few years, LEGO Minecraft has embraced custom player skins in sets rather than featuring Alex and Steve in every model and this feature could inspire an additional level of customisation within the theme. The latest wave of sets, featuring the debut of the Warden in LEGO, is now available on the official online store.

Every LEGO Minecraft set confirmed for 2023 so far – January update