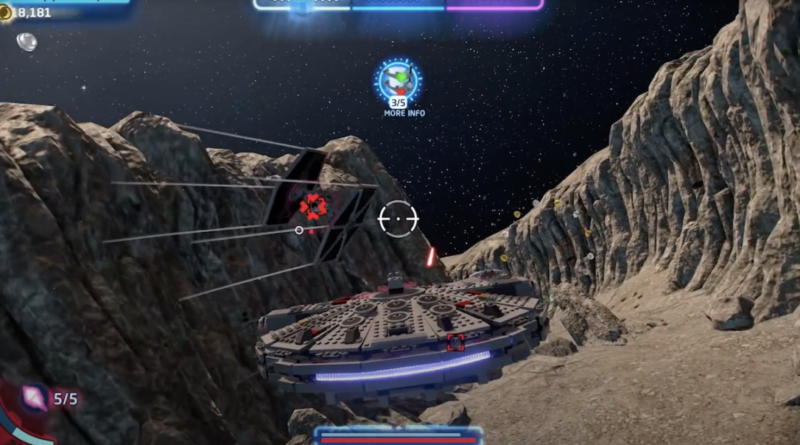 Despite some fans worrying that they might not appear in LEGO Star Wars: The Skywalker Saga, Minikits will definitely be making a return.

LEGO Star Wars: The Skywalker Saga looks set to be packed with a wealth of new features, characters and gameplay options but many traditional elements from previous titles will also be returning. Footage from the overview trailer has confirmed that collectible Minikits will be back, with players being able to hunt for all parts of mini vehicles throughout the game.

One of the many tasks that completists of TT Games’ LEGO offerings enjoy is the option to find every single Minikit part hidden within each level. This feature is also included in LEGO Star Wars: The Skywalker Saga, with five parts required to complete each vehicle.

One part of a Minikit can be glimpsed in the Geonosis Arena level from Attack of the Clones and three out of five have been collected by the Millennium Falcon in the asteroid field level from The Empire Strikes Back. It’s not yet known exactly how many Minikits will need to be collected in order to finish the game 100%, or how many completed mini vehicles will be available in total.

LEGO Star Wars: The Skywalker Saga is set for release on April 5, with pre-order bonuses and versions listed in our handy updated guide.