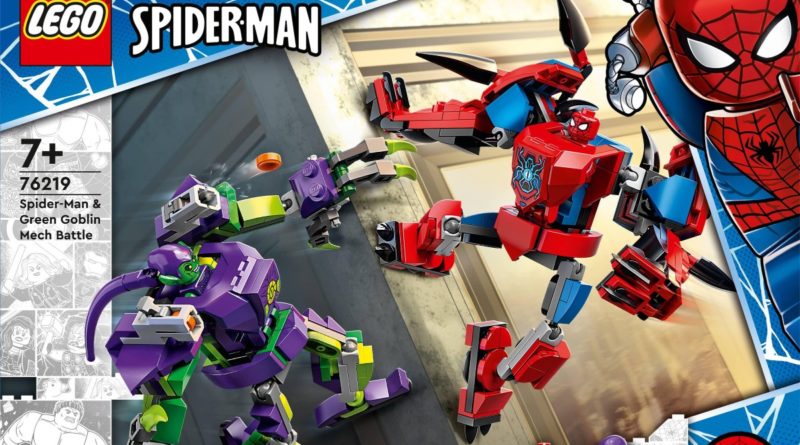 Marvel has announced that the first season of Marvel’s Avengers: Mech Strike has been enough of a success to warrant a second outing, this time titled Marvel Mech Strike: Monster Hunters with the subtitle ‘The Eye of Doom’. The recently revealed 76219 Spider-Man & Green Goblin Mech Battle is part of the merchandise for this new motion comic series.

Although not explicitly named in the set or the description on the official online store, the monstrous mechs in 76219 Spider-Man & Green Goblin Mech Battle match the designs in the new series. Previous LEGO Marvel mech models such as 76168 Captain America Mech Armour have also been intended to tie into Mech Strike.

Spider-Man and Green Goblin’s mechs both feature a single eye on the chest, matching the logo for the motion comic range, which will be available to watch soon with no release date announced yet.

It’s worth noting that Spider-Man and Green Goblin are not the only characters getting monstrous mechs in the Marvel Mech Strike: Monster Hunters with three other familiar heroes receiving a new suit of armour, both in the comics and as LEGO sets.

Iron Man, Black Panther and Wolverine are all getting mechs in the range of comics and will receive mech models in 76202 Wolverine Mech Armor, 76203 Iron Man Mech Armor and 76204 Black Panther Mech Armor on April 1 after a delay due to a now-redesigned stability issue. The designs don’t exactly match what is seen in the comics, but this seems likely to be more than a coincidence.