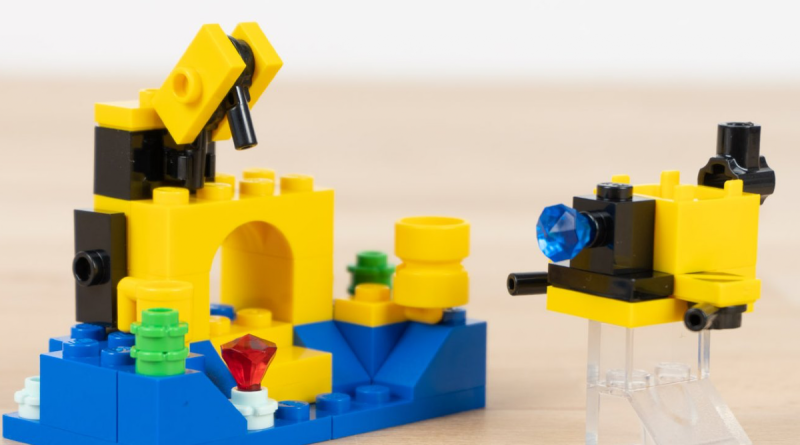 The LEGO Group has recently turned 90 years old, with a variety of LEGO sets released in honour of the occasion. These have ranged from 4,500 piece behemoths like 10305 Lion Knights’ Castle to tiny, hard-to-find polybags like 30510 90 Years of Cars. Make sure not to get those product numbers mixed up.

One of the more flexible anniversary sets (unsurprisingly) is 11021 90 Years of Play. This LEGO set popped up in the LEGO Classic range earlier this year, and offered up fifteen mini-models as tribute to LEGO’s long history. We took a look at it ourself, and even had a go at recreating some other LEGO sets with its pieces.

The set’s recreation of classic models has inspired some creative instincts in other LEGO fans. Twitter user Jonas Kramm has posted a trio of custom builds on his Twitter page – and even got the approval of official LEGO designer George Gilliatt in the process.

Hey, it's #LEGO birthday and I built three iconic sets with the bricks from @GeorgeGilliatt LEGO Classic 11021 #90YearsOfPlay set. pic.twitter.com/W6J06xqoKr

Like the original set, there’s a good cross-section of LEGO history here. You can see 6195 Neptune Discovery Lab from the Aquazone theme, 21310 Old Fishing Store from LEGO Ideas, and what we believe is 5563 Racing Truck of the Model Team theme. While 21310 Old Fishing Store is relatively new (releasing in 2017) 6195 Neptune Discovery Lab and 5563 Racing Truck came out in 1995 and 1999 respectively.

Since these builds allegedly use pieces from 11021 90 Years of Play, you might want to try recreating them yourself. Including these, we’ve seen 25 different mini-builds created using the set’s components – a number that seems likely to increase in the months ahead.