Bond actor Naomie Harris, who starred as Miss Moneypenny in Skyfall and Spectre, appeared at the LEGO Store Leicester Square in London to reveal [geot exclude_country=”United States”]10262 James Bond Aston Martin DB5[/geot][geot country=”United States”]10262 James Bond Aston Martin DB5[/geot] as fans queued around the block. The new LEGO Creator Expert set was revealed for the first time to the public at 10.07am.

“It’s such an honour to be here,” the film star said. “To see the iconic DB5 reimagined in LEGO brick form is such an exciting moment to be part of and the attention to detail on the model is truly remarkable.” 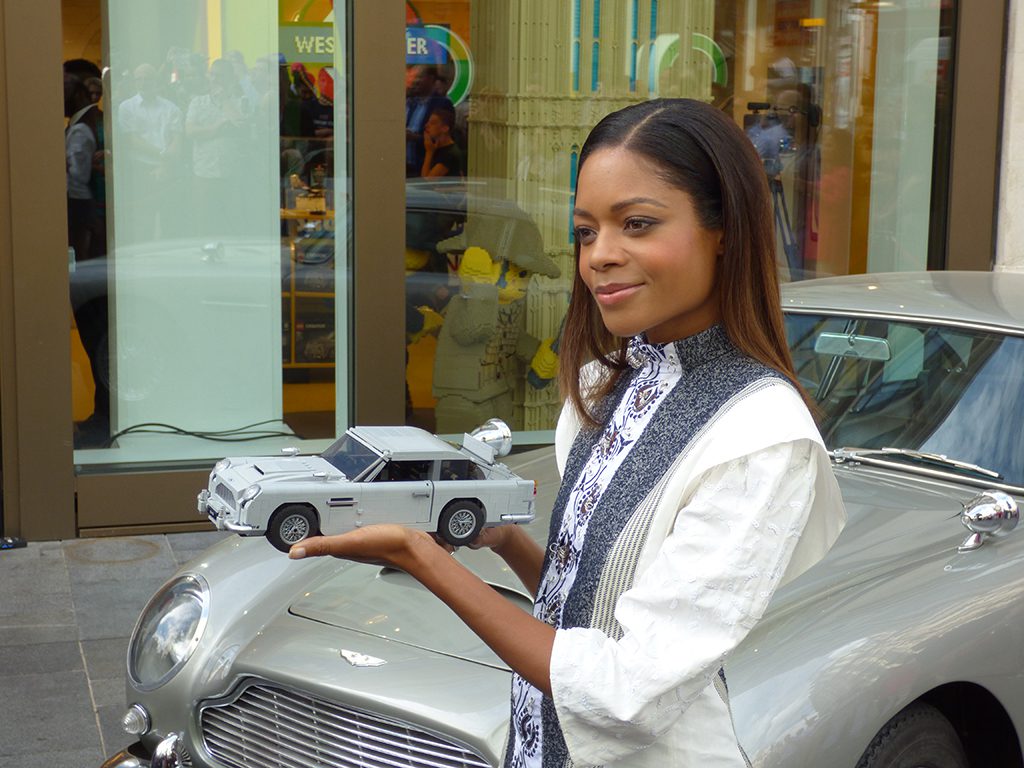 Fans have been queuing for hours outside the flagship LEGO Store, to be some of the first people in the world to own the set. As well as being on display for the first time, the set is available to buy from the first time for VIP card holders. The LEGO set designer behind the model, Michael Psiaki, and Aston Martin’s Creative Director of Exterior Design, Miles Nurnberger, are signing sets for fans at the store until 1.00pm.