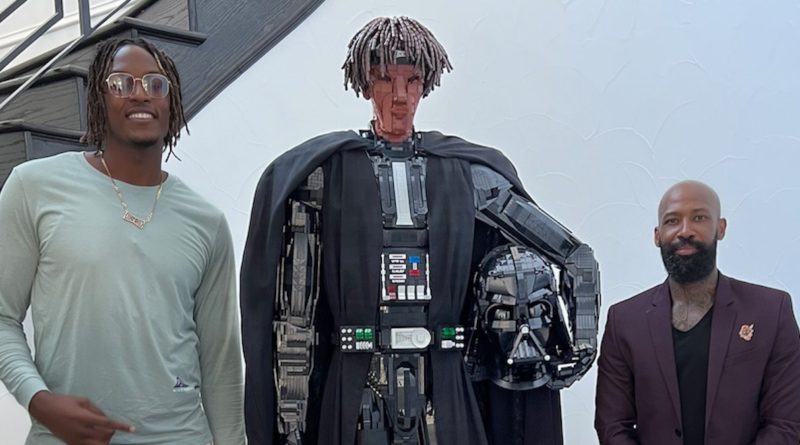 NBA player Myles Turner has been gifted a life-sized LEGO statue of himself as Darth Vader, courtesy of artist Ekow Nimako.

A self-proclaimed LEGO fan, NBA star Myles Turner has a growing collection of massive models, which he regularly posts about on social media. Most recently the player showed off his completed 10294 Titanic, although the internet was quick to point out that one of the famous ship’s funnels was in fact facing the wrong way.

Now Turner has revealed his latest LEGO Star Wars acquisition, a custom-made life-sized model of himself as Darth Vader, created by artist Ekow Nimako. The basketball player took to Instagram and Twitter to debut images and video of the epic 100,000-piece build, one that was over 1,000 hours in the making.

Ekow Nimako has created a number of unique LEGO models over the years and most recently teamed up with LEGO Ideas for an Afrofuturism contest that included a custom-built model as a prize.

Although the life-sized Darth Myles statue is a one-off, LEGO Star Wars fans can pre-order the latest brick-built version of the Sith Lord now, with 40547 Obi-Wan Kenobi & Darth Vader due for release on August 1.