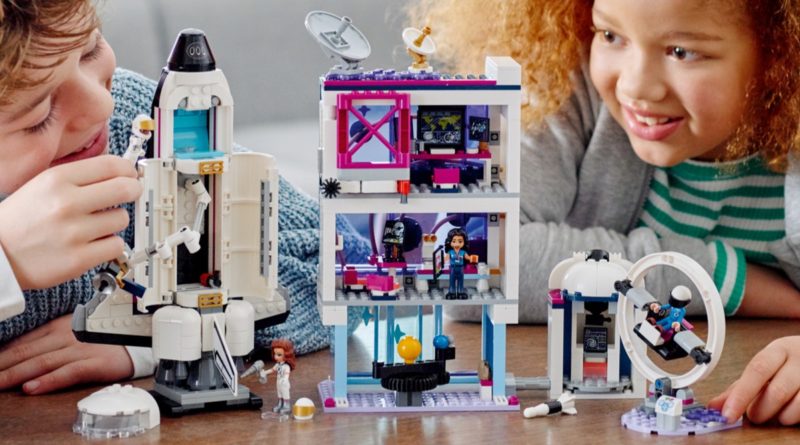 The summer 2022 season of LEGO Friends has officially begun with the launch of 41713 Olivia’s Space Academy and its four exclusive mini-dolls.

After hitting the race track, multiple amusement parks and the streets of Heartlake City, the LEGO Friends have set their sights on space with the newest set in the theme. As a model made in partnership with NASA – another first for Friends – it includes a shuttle, academy building, observatory and Multi-axis trainer for the four mini-dolls to use.

Aside from the main building, the additional models include some fun features that mostly focus on spinning to train astronauts for the trip into space.

The bonus builds also serve to educate you about the space surrounding our planet, including a miniature model of Earth’s orbit around the sun. Other accessories for the mini-dolls to use include packs of cookies and tiles with the designs of planets in our solar system.

In terms of fashion, LEGO Friends is no stranger to new and exclusive outfits but this is the first time that the theme has featured spacesuits as well uniforms for characters working at the academy.

41713 Olivia’s Space Academy is available now on the official online store, and it will likely be joined by 41714 Andrea’s Theatre school later this year.

Support the work that Brick Fanatics does by purchasing your LEGO sets using any one of our affiliate links.