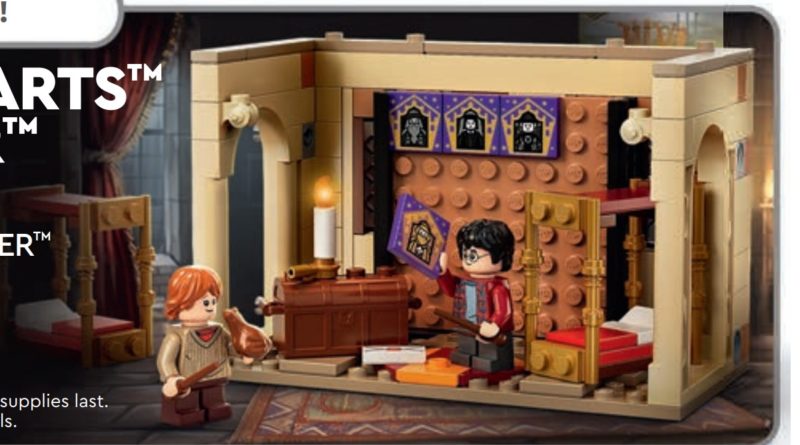 Another brand new month means another suite of brand new LEGO sets, deals and free gifts to take advantage of – here’s a full round-up of everything to look out for.

September was unusually light on gifts-with-purchase and offers from the LEGO Group, but October looks to be more than making up for that, with multiple freebies available across the month from themes including Harry Potter, Friends and CITY. At least that’s the story for the US as the UK calendar may have confirmed that significantly fewer offers will be live on the official online store.

You shouldn’t struggle for anything to buy to reach the spend thresholds required for those gifts, either, with dozens of new sets launching in October. Dive in below to find everything coming our way this month…

From 10290 Pickup Truck to 42131 App-controlled CAT D11 Bulldozer, a huge medley of new sets have just landed on shelves, spanning themes including Marvel, CITY and Batman. Click here to check out the full list, which also has links to our reviews where available.

It’s been available exclusively for VIPs since September 16, but now anyone can grab the latest addition to the Winter Village Collection, the charming 10293 Santa’s Visit. It should pair perfectly with 40499 Santa’s Sleigh, which is also available now (and likely to be in high demand).

Until October 5, you can grab a free LEGO mystery gift in the UK and Europe with a £170 / €170 spend. The ‘mystery’ element has already been spoiled by the LEGO Group, but we won’t ruin the surprise here: click through if you want to know the identity of the freebie, which is valued at £13.49 / €14.99. Currently, this offer is no longer live on the official online store as the stock of the mystery item has run dry.

From October 1 through October 24 – or while stocks last – spending £40 / $40 / €40 on LEGO CITY, NINJAGO and/or Super Mario merchandise will see 30370 Ocean Diver added to your order. Like several other gifts-with-purchase this month, this offer is available both online and in-store.

Available throughout the entire month of October (or at least until it sells out) is 30413 Flower Cart, a LEGO Friends polybag that’s free with a spend of at least £40 / $40 / €40 across the themes of Friends, DOTS and Creator 3-in-1. You can bag it either at LEGO.com or in LEGO Stores.

The second Rebuild the World set (following 2019’s minifigure, which reportedly never enjoyed a wide release) will be available exclusively to VIP members spending at least £120 / $120 / €120 at LEGO.com or in LEGO Stores. There are no restrictions on theme for this one – any purchases will qualify, as long as you’re signed up to the VIP program.

If you’ve yet to catch up on any of this year’s LEGO Harry Potter sets – including the enormous and incredible 76391 Hogwarts Icons Collectors’ Edition – your patience has paid off, as a £100 / $100 / €100 spend on Wizarding World products at LEGO.com or in LEGO Stores will net you a free 40452 Hogwarts Gryffindor Dorms, from October 25 to November 7 (or while stocks last).

Still available through December 31 is a free blue minifigure key chain for new LEGO VIP members. If you’re not already a member of the LEGO Group’s loyalty program, head over to LEGO.com and sign up today to take advantage of bonus points, exclusive rewards and the free key chain. This is also the only offer that’s live in both the US and UK during October.