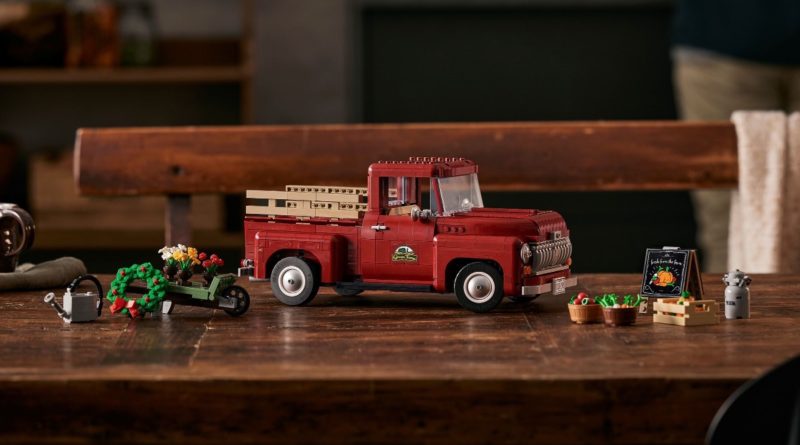 Those are just two of several direct-to-consumer sets launching at LEGO.com and in LEGO Stores today, alongside a bunch of regular retail sets in what’s shaping up to already be a massive month in the LEGO calendar.

Dive into the full list below, which also includes links to our reviews (where available) to help you make the most of your LEGO budget in October.

Three new sets from the theme formerly known as Creator Expert headline a busy month of LEGO launches, and they’re a varied bunch, with a vehicle, apartment and Winter Village set in the mix.

The LEGO Group embraces Batmen old and new in October, with the smaller of 2021’s two new Tumblers and a Batman cowl based on the classic 1960s TV show.

A smaller version of 2016’s 71040 The Disney Castle offers a more affordable and accessible way to display your love of Magic Kingdom, complete with an exclusive Mickey Mouse minifigure.

The 37th LEGO Ideas set hits all the right notes even while ballooning beyond fan designer Tomáš Letanay’s original concept, offering a 2-in-1 guitar with an incredibly detailed amp.

It’s all eyes on the Marvel Cinematic Universe in October, with seven new sets for the long-delayed Eternals and only-slightly-delayed Spider-Man: No Way Home, plus one more for Avengers: Endgame.

Christmas is just around the corner (yes it is, don’t try to fight it), and this year’s Seasonal sets are headlined by the superb 40499 Santa’s Sleigh. Expect that one to sell out very quickly.

The LEGO Super Mario theme continues to venture to strange new places with its latest direct-to-consumer set, which celebrates the legacy of 1996’s Super Mario 64.

It’s big, it’s yellow, it’s very expensive: we can only be talking about the latest LEGO Technic set, which weighs in at a whopping 3,854 parts and is packed with CONTROL+ functions. Plus, the first Technic Ford!

Originally rumoured to be cancelled altogether, the second series of blind-boxed Bandmates minifigures are now available to order in most regions LEGO.com serves.