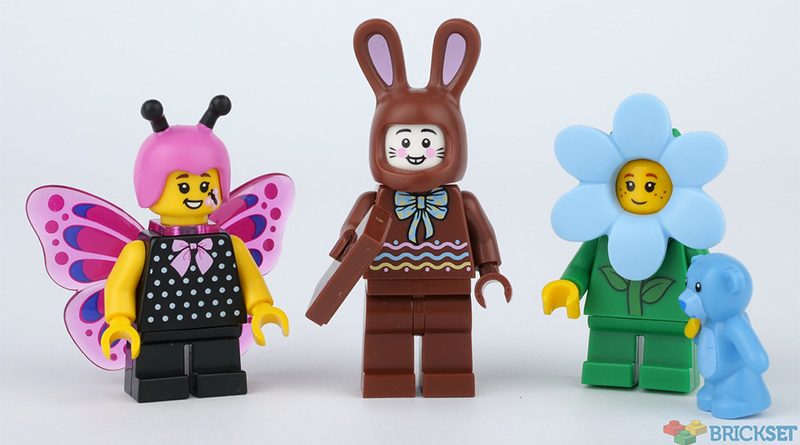 A new batch of exclusive minifigure parts are finding their way into LEGO Store Build-a-Minifigure stations, this time themed for Easter.

It seems that there is a reason that the LEGO Group does not announced new minifigure parts turning up in the LEGO Build-a-Minifigure stations – it varies from store to store. While the Shepherd’s Bush store in London has only just received the pink elephant, other stores already have the Easter parts in stock.

A chocolate-coloured Easter Bunny is the star of the new minifigure parts that Brickset has shared images of. It seems that all of the bunny’s parts are new, re-coloured from a previously released minifigure.

The flower head element is re-coloured from a previous appearance and the plant torso now has yellow hands. A new butterfly head piece, torso and face are appearing alongside the unchanged butterfly wings piece.

Given that the pieces are turning up at different stores at different times, it is worth calling the local LEGO Store before taking a trip to aquire them.

These minifigures have been available for a while at the LEGOLAND Discovery Centre Birmingham. 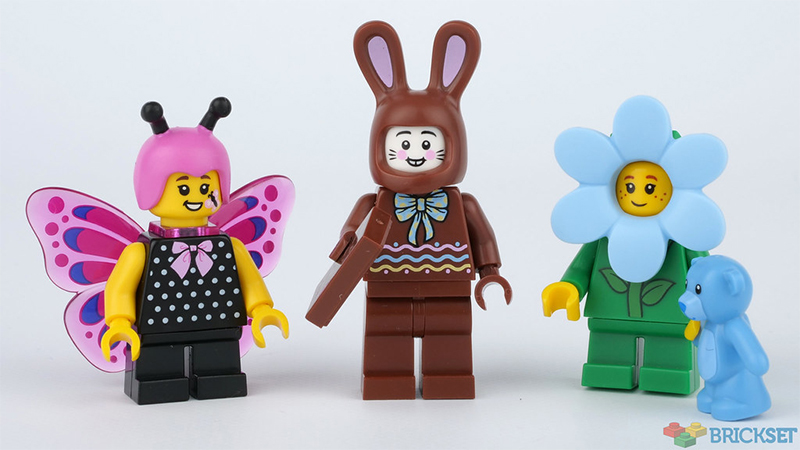