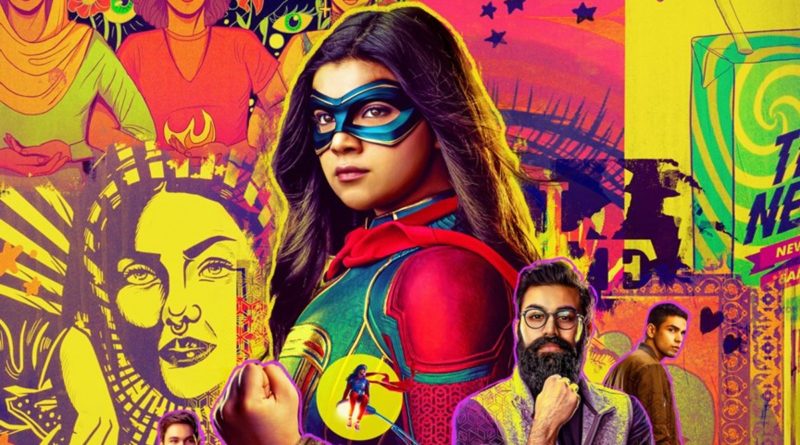 A poster for Marvel Studios’ Ms. Marvel on Disney+ has been released to mark 50 days until its release, featuring a closer look at the characters.

Between Doctor Strange in the Multiverse of Madness and Thor: Love and Thunder, and arriving one month after Moon Knight on Disney+ is Ms. Marvel. The series will introduce the young hero before she appears in The Marvels in 2023.

With 50 days before the release date of June 8, Marvel Studios have shared a new poster for the series, featuring the cast of characters from the show and giving us a better look at them. It also gives us a clearer look at the bangles from the trailer that appear to give her powerful abilities.

Currently, LEGO sets based on Marvel Disney+ shows have been limited to a range inspired by What If…? and 71031 Marvel Studios with minifigures based on WandaVision, The Falcon and the Winter Soldier, What If…? and Loki.

With only a couple of months left until June, it seems unlikely that we’ll be getting any LEGO Ms. Marvel models before the series starts, but you can currently get a minifigure of character in 10784 Spider-Man Webquarters Hangout.