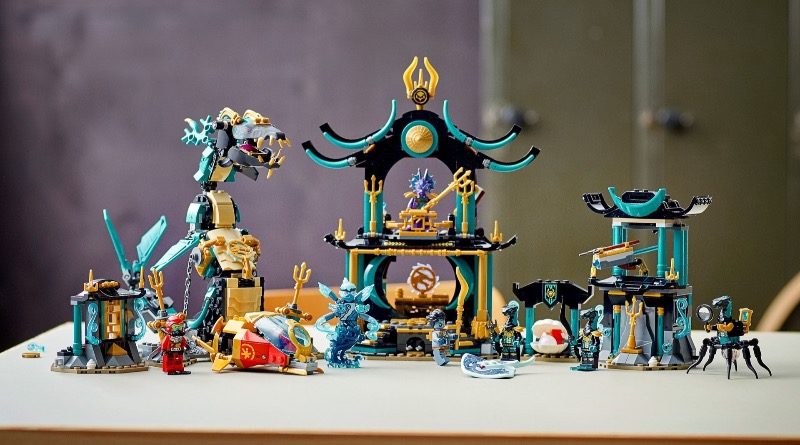 A new range of LEGO NINJAGO sets is making waves on the official online store as the heroic ninja team embark on an undersea adventure with giant serpents, seafaring vessels and more.

The summer sets for LEGO NINJAGO are now available from LEGO.com with a total of nine sets covering content both new and old. Unfortunately, if you’re in the US, you’ll have to wait until August 1 for them to be available to you. However, those in other regions can order the sets now.

The models for this season include an underwater temple with a monstrous beast, another mobile base for the ninjas with room for vehicles inside and a collection of Legacy sets that round out the buildable offerings for the 10th anniversary of NINJAGO. Here’s every model that makes up the wave:

As part of the nine new sets, two of them are allowing you to finally complete the Golden Legacy minifigure line-up with Nya and Zane’s outfits inspired by past instalments in the theme. The models that accompany them are nothing to laugh at either with a tank-like vehicle that splits into bikes and a jet, as well as a fearsome fire dragon straight from the first season of NINJAGO.

Each model is available now from the official online LEGO store, at least for those outside the US, with prices and sizes to suit every budget. For those yet to catch up on the sets from the first half of the year, you can also find those on LEGO.com too. We’ve reviewed a few of the builds from The Island if you’d like to see what the last chapter was teasing for the new season of NINJAGO.

Support the work that Brick Fanatics does by purchasing your LEGO NINJAGO sets through one of our affiliate links.