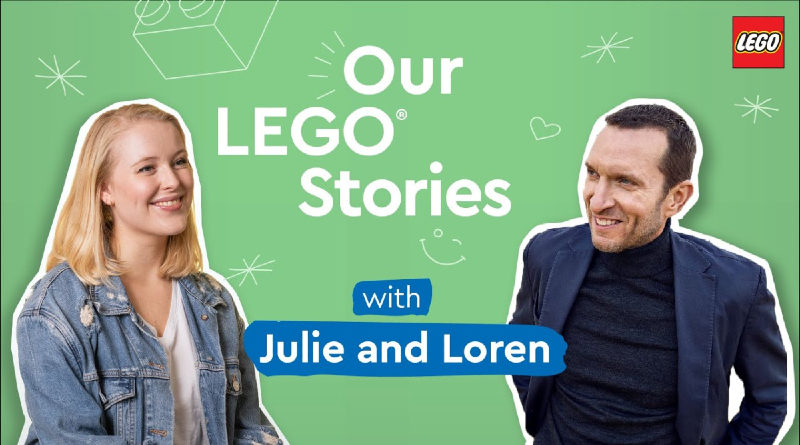 Another LEGO podcast has launched to reveal some of the stories from behind the closed doors of the LEGO Group, with designers and other guests brought on to share their tales.

It seems the LEGO Group has grown a liking for podcasts recently, with two of the projects now releasing on YouTube. However, while Bits N’ Bricks only covers the history of LEGO video games, the new Our LEGO Stories aims to focus on the people within the company itself, sharing insight into how some ideas come to life.

A teaser has been uploaded to the LEGO Group’s second YouTube Channel where the hosts are revealed as Julie Foster of the internal Communications Team and Loren I. Shuster, the Chief People officer at the LEGO Group.

The first episode focuses on LEGO VIDIYO and how the music-based theme came to be. Guests include Tom Donaldson, the Senior Vice-President, Morgan James Walker, Digital Design Director, and perhaps most interestingly Joshua Burke, the Vice President at the Universal Music Group.

This new podcast comes just after Bits N’ Bricks covers the end of LEGO Universe, a good way to brighten things up and learn more about the brand-new theme.

It’s mentioned in the teaser that this is only the pilot season of the show meaning that should it prove a success, more LEGO stories may be revealed form the people who bring the iconic bricks to life.