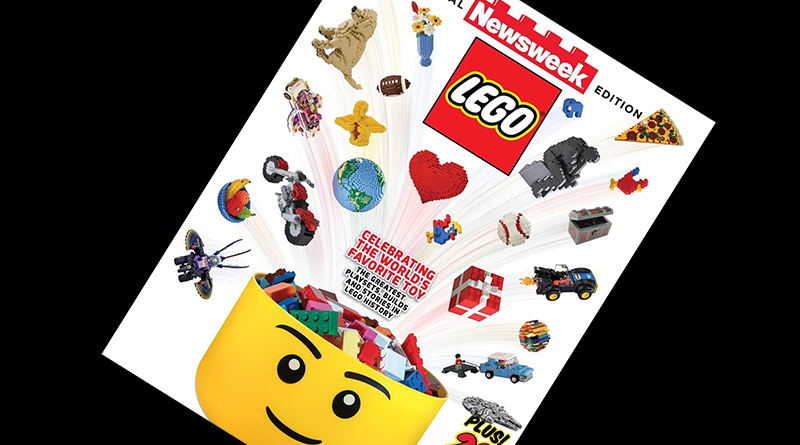 Priced at $12.99, fans can get a magazine that has seen the LEGO Group and Newsweek collaborate for a second one-off publication. LEGO: The World’s Favourite Toy looks at classic sets from the LEGO Group’s past and provides a glimpse into the future.

Exclusive interviews included in the magazine with CEO Niels B. Christiansen and VP of Innovation William Thorogood offer insight into the LEGO Group. A special feature celebrates 20 years of the LEGO Star Wars theme. There is also a spread looking at vintage LEGO advertisements.

It is the second Newsweek Special LEGO Edition, with the first edition released last year.

While there will no doubt be at least some interesting items in this one-off magazine, Brick Fanatics humbly recommends Brick Fanatics Magazine for the discerning LEGO fan seeking something a little more in-depth – the latest issue, which has just launched, includes an exclusive interview the LEGO Professor of Play and a look back at every single Iron Man minifigure suit.