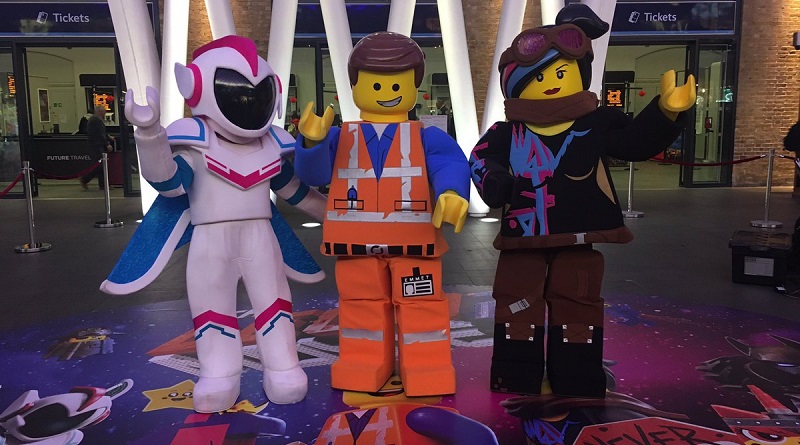 Kings Cross station in London, UK, saw the Pink Singers choir entertain commuters this morning with a selection of tunes from The LEGO Movie 2: The Second Part.

Commuters were pleasantly surprised as they travelled through Kings Cross station in London, UK this morning. The Pink Singers choir were there singing songs from The LEGO Movie 2: The Second Part, including Everything is Awesome and Catchy Song. The Pink Singers is Europe’s longest running LGBT+ community choir.

Emmet, Lucy and Sweet Mayhem were also on hand to provide some awesome dance moves to go along with the singing and pose for photos with passengers.

It is all part of Awesome Week, a week of extensive promotional activity leading up the release of the animated sequel in cinemas on Friday.