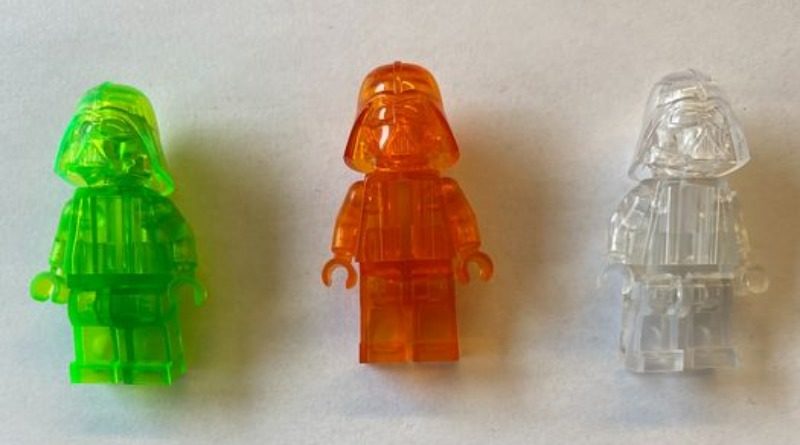 Brick Fanatics has partnered with the auction website to bring you some of the most notable LEGO-related listings at Catawiki. This week’s auctions give collectors the chance to get their hands on some real rarities from some of the LEGO Group’s most popular themes, including Star Wars and Creator Expert.

Alongside the prototype Sith Lords – which you can read more about below – Catawiki is also offering an opportunity to grab 10214 Tower Bridge, which finally retired in 2019 after more than eight years on the market, and a mint copy of 10270 Bookshop.

While there may have been some early debate among collectors over the veracity of these translucent Darth Vader minifigures, it looks like these are very much the real deal. The Catawiki seller has provided plenty of images of the individual elements, each of which clearly bears the official LEGO logo.

The incredibly rare prototypes were apparently produced in the LEGO Group’s Mexican factory to test the moulding process, and were never meant to be sold to customers. Occasionally, though, a handful make it out of the factory – and subsequently go on to become true collectors’ items. This is an unprecedented opportunity to pick up six at once, so if you’re interested in these fascinating LEGO Star Wars minifigures, make sure you don’t miss out.

This Creator Expert set had an incredibly long lifespan at LEGO.com, but finally bowed out in January 2019. That increased availability hasn’t stopped 10214 Tower Bridge from shooting up in price on the aftermarket, though – and Catawiki is now offering LEGO fans the chance to grab a mint, sealed copy of the retired 2,495-piece model.

If you fancy living like it’s 2010 – and given the state of the world in 2021, who wouldn’t? – cracking open the seals on what’s effectively now a retro Creator Expert set could be just the ticket.

The LEGO Group may be starting to get on top of its inventory issues, but some key sets are still seemingly perpetually out of stock, like last year’s 10270 Bookshop. If you’re desperate to complete your modular building collection as soon as possible, Catawiki has you covered.

You’ll have to pay a slight premium for the pleasure of picking up the two-in-one set based on the current bid, but this beautiful addition to the growing modular street may just be worth taking the plunge – particularly if LEGO.com’s stock issues persist.