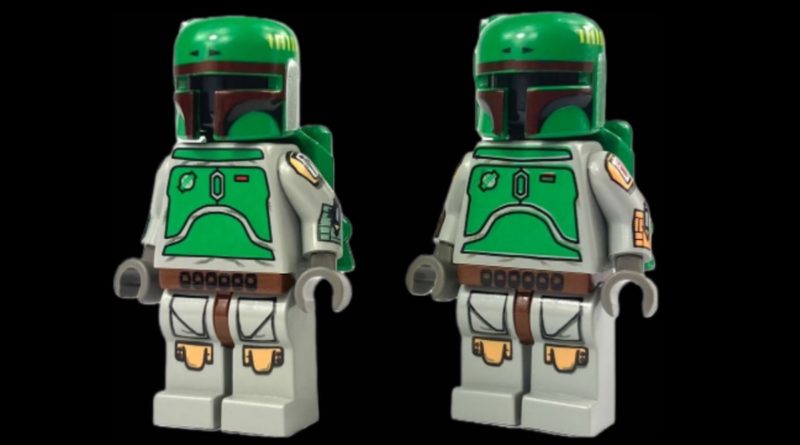 The original Boba Fett from LEGO Star Wars 10123 Cloud City remains one of the theme’s rarest minifigures – but there may actually be an even rarer version out there.

Any good list of the most valuable LEGO Star Wars minifigures will include the 2003 version of Boba Fett somewhere in the mix, and usually near (or at) the top. That’s with good reason: the printed-arms variant has sold for an average of £1,215 new and £1,065 used at BrickLink over the past six months. Current listings, meanwhile, average out at £3,022 new and £1,622 used.

According to lsw_misprint_collector, the minifigure included in production copies of 10123 Cloud City wasn’t the first design the LEGO Group settled on. In fact, they claim that an earlier version included entirely different arm printing, in both the proportions and shape of the wrist rocket and shoulder plate designs.

Pictured above side-by-side with the Boba Fett minifigure that made it on to shelves – the finished version is on the left, while the alleged prototype is on the right – the differences are subtle, but they’re more than just a straightforward recolour. Whether the variant minifigure is the real deal or just a convincing custom is tricky to verify, however.

Perhaps adding some fuel to the fire, a proto-Fett minifigure did show up back in 2015, through a collector located in France. Minifigure Price Guide published images of a series of prototype minifigures supposedly acquired at an event in Billund in early 2000, and among them was a Boba Fett Cloud City minifigure that looks exactly like the one pictured above.

That could be literally the same minifigure now in the hands of lsw_misprint_collector, who says on Instagram that they’ve been hunting the prototype version down for six years. It’s unlikely we’ll ever learn whether this is an official prototype, and – as you’d expect – there’s no readily available financial data (to match the production version of the bounty hunter).

All of which makes it practically impossible to put a price on this Boba Fett variant, but it’s not difficult to imagine its value soaring above and beyond the regular minifigure. And that’s already in the solid four-figure region, so…