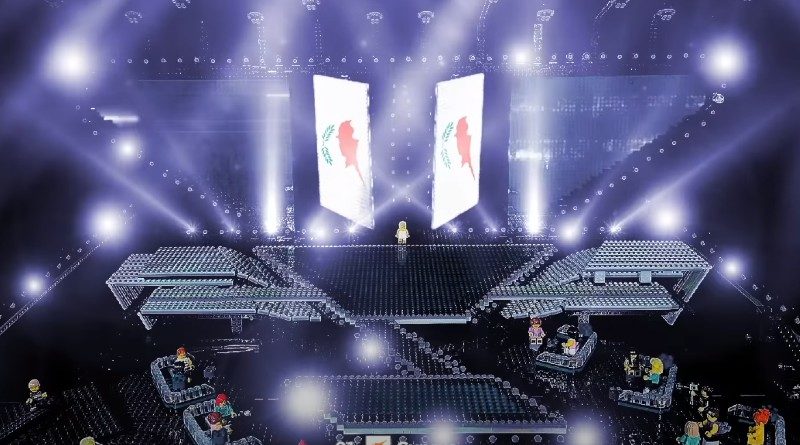 The contest may be over for another year, but one builder is hoping to fill in the gap with their own LEGO tribute to Eurovision 2021.

LEGO: Eurovision on YouTube has continued its project to recreate the annual song competition in bricks following the end of another year’s iteration. Eurovision 2021 featured performances from 39 countries. However, only a select 26 were chosen for the stop-motion video.

The builder behind the project, Alexandro Kröger, created Minifigures for the performers recreated with some modified and existing pieces whilst the stage is also an original build, complete with plenty of space for the audience to sit back watch.

The eight-minute video features a short clip for each of the 26 performances chosen, but if you’ve watched this year’s actual Eurovision contest you’ll know who comes out on top. Rather than recording new voice lines from scratch, clips were taken from the contest making for an authentic stop motion.

This builder wasn’t the only one to memorialise the contest with bricks this year as the LEGO Group also joined in with VIDIYO-themed bingo sheets for younger fans to follow along with the show.