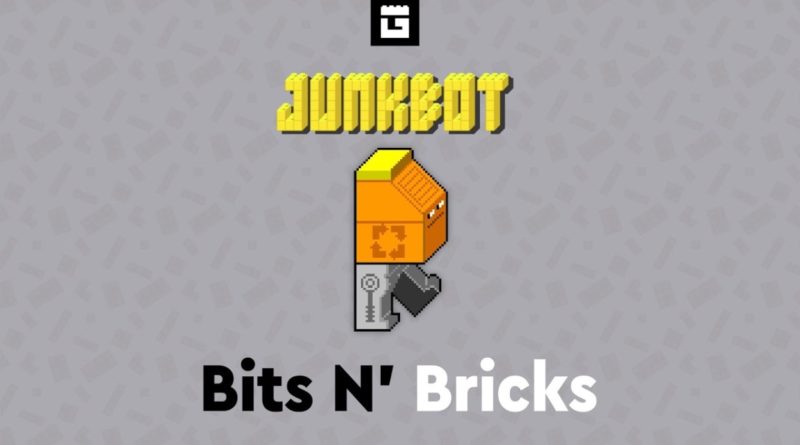 First launched in 2001, the online puzzle game – hosted directly through LEGO.com – involved using a brick-built robot, affectionately nicknamed ‘Junkbot’, to literally eat garbage. Forever on the march, the only way to control Junkbot was to change his direction, ensuring he avoided hazards, picked up bonuses and, most importantly, collected trash cans.

Part of the game’s appeal naturally stemmed from just how adorable Junkbot was, comprising of a 2×2 brick, 2×2 slope and 1×2 tile perched atop a pair of minifigure legs, but it was also just a genuinely fun foray into the early days of LEGO video games – so much so that it spawned a sequel, Junkbot Undercover, and has since become a cult favourite referenced in modern LEGO sets.

That all adds up to a title well worth covering on the official LEGO Bits N’ Bricks podcast, which originally launched in 2020 to celebrate 25 years of LEGO video games. Hosts Brian Crecente and Ethan Vincent have spoken to the minds behind Junkbot for the show’s 29th episode, which debuted today on YouTube and across streaming services.

Tune in by hitting play on the video above, or streaming Bits N’ Bricks through your preferred podcast provider. The entire Bits N’ Bricks library so far can be found on the LEGO Gaming YouTube channel.