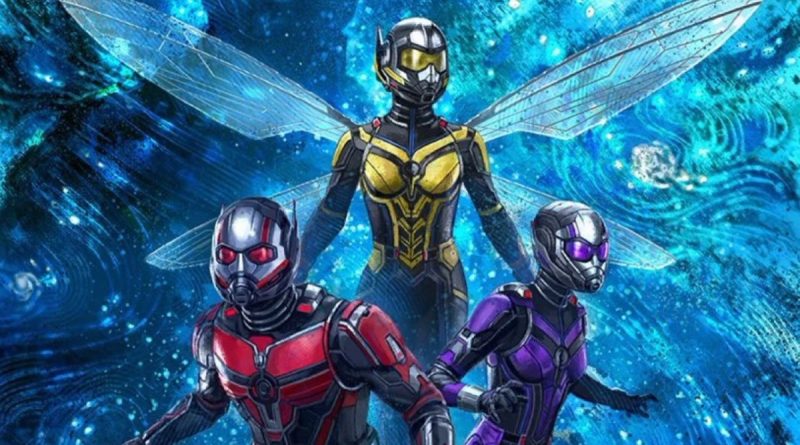 More details have surfaced around next year’s rumoured LEGO Marvel 2023 sets, which are now slated to include tie-in products to Ant-Man and the Wasp: Quantumania and The Marvels.

Pretty much every Marvel Cinematic Universe movie gets at least one corresponding LEGO set these days, so it’s no major surprise to learn that the same is apparently in store for 2023’s first three MCU films (which also includes May’s Guardians of the Galaxy Vol. 3). That’s according to Promobricks, which has published first rumoured details on sets originally listed by price comparison site brickmerge.

Among those are the return of familiar comic book characters in Miles Morales and Ghost Rider; three more mechs (with a price increase to boot); and at least one Infinity Saga set that dives back into MCU history. Check out all the details across these sets below, but remember that they’re all still rumours for now, so take them with a pinch of salt.

As was to be expected, product numbers 10789, 10790 and 10791 are said to belong to a continuation of this year’s Spidey and his Amazing Friends subtheme, which is comprised entirely of 4+ sets. No further details are forthcoming on these sets yet, beyond reaffirmation of their predicted price points of €9.99, €34.99 and €49.99.

A set that was apparently originally intended to debut in 2022 – much like its source material – 76232 is thought to take inspiration from The Marvels, which will bring together Captain Marvel, Monica Rambeau and Ms. Marvel. That film won’t arrive in cinemas until July, but its sole tie-in set (for now) is actually said to launch on January 1, which would support the assertion that it’s been ready for a while.

Next year’s trio of Marvel mechs are still thought to belong to Hulk, Rocket Raccoon and Thanos, the latter of whom has already suited up once before in 2020’s 76141 Thanos Mech (pictured above). The headlines news this time around, though, is that the three mechs will apparently retail for €14.99 each – or 50% more than all previous models in this subtheme. Whether they’ll get a size bump to match remains to be seen.

As originally revealed by brickmerge, the LEGO Group is seemingly drawing on Sony’s superhero universe in 2023 with a nod to Morbius – but Promobricks claims the vampire’s minifigure will be based on his comic book design, which makes sense given his pairing with Miles Morales. While the price of the set suggests it could be a double-pack of mechs, Morbius will apparently be driving a car – but less is known about the wall-crawler’s means of transport, should he have one at all. (You’d think webs would be enough.)

Everyone’s favourite flaming skull is rumoured to be making a comeback in January, only two years after he last appeared in 76173 Spider-Man and Ghost Rider vs. Carnage. Whether the new minifigure will draw on his classic comic book look or match 2021’s Robbie Reyes version is unknown at this stage, but the set is otherwise said to consist of Ghost Rider’s bike and a mech. Promobricks speculates that these could be one and the same, as some sort of transforming vehicle.

76247 Hulkbuster: The Battle of Wakanda

While we’re still waiting on the rumoured Hulkbuster D2C to materialise (if it exists at all), a smaller and more accessible version is said to be on the way in January, based on Avengers: Infinity War (much like 2018’s 76104 The Hulkbuster Smash-Up, pictured above). Marketed under the Infinity Saga label, the set would likely include Bruce Banner at the controls – as per the climactic battle at the end of the third Avengers movie – but the jury’s out on other possible minifigures and builds.

Another Infinity Saga set apparently due for release in January, the Quinjet is a familiar icon in the LEGO Marvel line-up by this point. There’s no word yet on exactly which movie this version will take inspiration from, though: it could be based on the first Avengers movie, and would therefore likely include the core cast of Iron Man, Thor, Captain America, Black Widow, Hawkeye and Hulk; or it could be based on Avengers: Infinity War, to match the aforementioned rumoured Hulkbuster set.

While we’re currently only looking at one LEGO set for The Marvels, three are said to be on the way for Guardians of the Galaxy Vol. 3, which lands in cinemas in May. Promobricks has nothing to add beyond the prices already listed by brickmerge, which currently stand at €9.99, €34.99 and €99.99.

One of the most interesting sets on Promobricks’ list – and a brand new addition to the one shared by brickmerge – is a single set based on February’s Ant-Man and the Wasp: Quantumania. No specific release date for the set is available yet, nor any other details beyond a price of €29.99, but this could well be our first opportunity to get a Kang the Conqueror LEGO minifigure.

Here’s a quick round-up of all the LEGO Marvel sets currently rumoured for 2023: