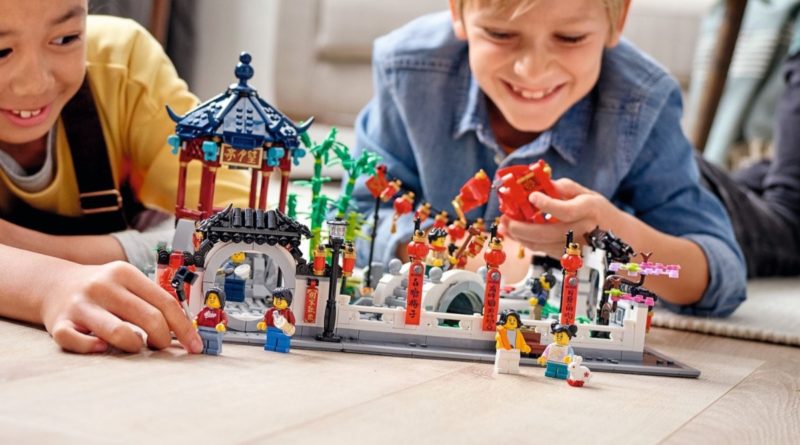 With Christmas on the horizon, the LEGO Group are already thinking about 2023 with rumoured Chinese New Year sets.

It’s a thankless task, being a LEGO completist. Tracking down every last polybag, scouring the aftermarket for employee-only sets or travelling to Denmark for those Billund-only specials. One aspect of the chase has become a little easier in recent times though, as the LEGO Group vowed to do away with regional exclusives. Apart from y’know… Billund. And Comic-Con.

This was great news for those who had been trying to collect the Chinese New Year sets. These beautiful, often highly detailed sets were extremely difficult to get hold of, and so a couple of years ago, the LEGO Group decided to make them more widely available.

Sets such as 80101 Chinese New Year’s Eve Dinner and 80109 Lunar New Year Ice Festival flew off the shelves. Some bought them as standalone models, others found that they sat well alongside sets like Ninjago City Gardens. Now, Stonewars are reporting that we’ll have two new sets to look forward to.

No more details are available at present, and these set numbers and prices are just speculation for now, but with less than three months until 2023 is upon us, it hopefully won’t be too long before we get something more concrete from official sources.

If you’re already thinking about Christmas presents, then consider buying your LEGO via our affiliate links – it all helps to keep Brick Fanatics running. Thanks.