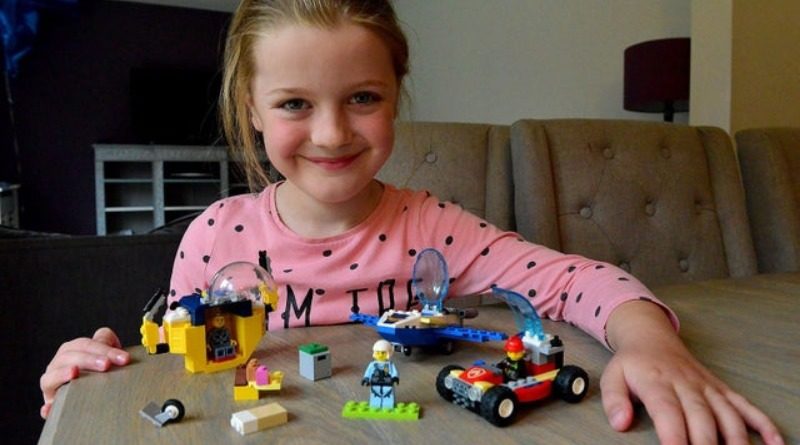 A six-year-old schoolgirl has written to the LEGO Group asking for more female characters in sets.

Alice Brash, from Hartlepool, UK, put pen to paper after realising all the minifigures in her brother’s LEGO CITY sets were male.

“I love playing with LEGO CITY and have the police plane, the fire car and the submarine,” she wrote in her letter. “I would like some of the LEGO people to be girls because girls can do anything boys can do. In my LEGO sets they are all boys and that is not right. Please change it.”

“The fact that Alice spotted the inequality in the gender representation of the toys was one thing, but when she announced she was going to write to LEGO to raise it directly with them, well, I was gobsmacked,” he said. “It makes me so pleased to see her stand up for her beliefs in this way.”

A spokesperson at the LEGO Group responded to Alice’s letter, pointing out the female characters that already exist across the CITY theme: “We’d like to thank Alice for writing to us. We love hearing from our fans and believe it’s important for children to have conversations about important issues like diversity and equality. We believe that LEGO play is for everybody, no matter what gender they are.

“LEGO CITY is a broad and inclusive play theme and we continuously aim for equal representation of male and female figures across our whole range, as well as an equal balance in the types of roles that they play in the city.”

A quick glance through this year’s LEGO CITY sets suggests the LEGO Group may be right to point to its policy of equal representation. However, in sets that include just one minifigure – such as 60249 Street Sweeper, 60250 Mail Plane, 60251 Monster Truck and 60623 Ocean Mini-Submarine – that character is more likely to be male.