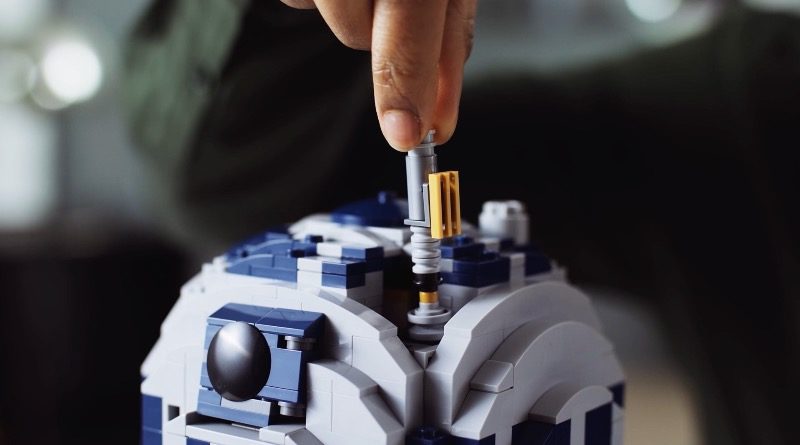 Watch 75308 R2-D2 come to life in a video that shows off the LEGO Star Wars droid’s functions, including a retractable third leg and a hidden lightsaber hilt.

This year’s May the Fourth set matches its predecessor 10225 R2-D2 in some of its interactivity, including in its extendable third leg and opening front panels. But 75308 R2-D2 also goes above and beyond that 2012 set in some respects, incorporating even more screen-accurate functions.

Two of those are located in the droid’s dome, which has abandoned the studded aesthetic of its ancestor in favour of smooth, curved elements. That approach has allowed the designers to build an extendable periscope into Artoo’s head – and even include a tiny replica of Luke Skywalker’s lightsaber hilt, ready to be deployed from the dome a la Return of the Jedi’s opening scenes.

Hit play on the video above (or head over to Brick Fanatics‘ YouTube channel) to see those functions played out in real time. Just don’t blame us if it bumps 75308 R2-D2 up from a ‘maybe’ to a ‘must buy’. But even if it has, you won’t have to wait too long to get your hands on a copy, as the latest 18+ Star Wars set is due to launch on May 1.

For more on the 2,314-piece set – including its price, and word from LEGO Star Wars Creative Director Jens Kronvold Frederiksen – check out the full announcement, or head through to the image gallery.