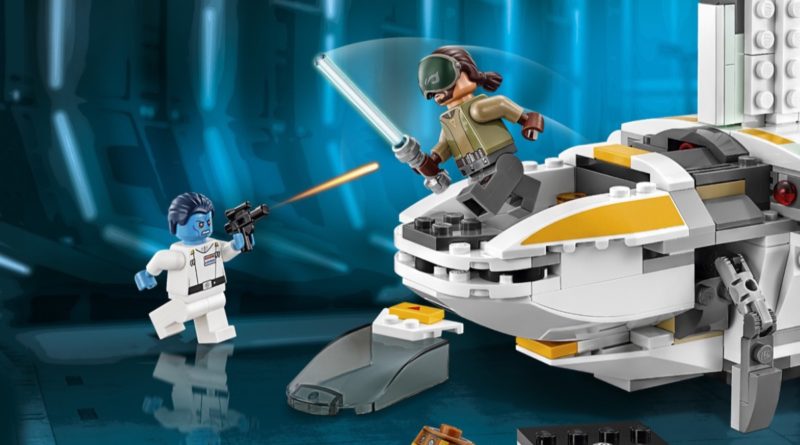 Plenty of LEGO Star Wars minifigures get more repeats than you can shake a lightsaber at, but here are seven iconic characters that have only ever appeared in a single set.

The total number of unique LEGO Star Wars minifigures to date currently stands at 1,261 (according to BrickLink), and in and among those are countless variants of key characters like Luke Skywalker, Obi-Wan Kenobi and Darth Vader. Several of those individual iterations have also appeared across multiple sets, making it easy to collect most of the franchise’s major players.

But then there are those LEGO Star Wars minifigures that are less easy to come by, having somehow only ever appeared in a single set over more than two decades of products from a galaxy far, far away. Some of them are obscure enough that it’s obvious why we haven’t seen them again – but in the case of these seven iconic characters, it’s tough to believe we’ve only ever seen them once.

It took 20 years to get a LEGO Zuckuss minifigure, completing the line-up of bounty hunters seen on the bridge of Darth Vader’s Star Destroyer in The Empire Strikes Back. But while 4-LOM, Bossk, IG-88, Boba Fett and even Dengar have all made multiple appearances over the years, Zuckuss has so far only arrived in 75243 Slave I – 20th Anniversary Edition. That was only a few years ago, though, so fingers crossed he pops up again soon.

That we’ve only ever had one Zam Wesell LEGO minifigure – a full two decades ago – is a consequence of the fact that the shape-shifter only appeared in one scene in Star Wars: Attack of the Clones, and that scene has only been represented in bricks once, in 2002’s 7133 Bounty Hunter Pursuit. This year marks the second prequel movie’s 20th anniversary, however, so it feels like this summer is ‘now or never’ for another Zam minifigure.

Aurra Sing may be the most obscure character on this list, but her appearances in The Clone Wars have ensured she’s got a much greater legacy than just cameoing as a background character in The Phantom Menace. She’s got her own LEGO Star Wars minifigure, for one, although it’s only ever been included in a single set: 2011’s 7930 Bounty Hunter Assault Gunship. Fortunately, she’s not quite popular enough to have seen aftermarket prices shoot through the roof.

Remember Bail Organa? The LEGO Group finally did in 2019, bundling him into 75244 Tantive IV. That was only three years ago, so it’s not too surprising that we haven’t seen the politician since, but it is incredible that we’ve only had that single minifigure across more than two decades of LEGO Star Wars sets. After all, he plays a pretty major role in the prequel trilogy, raises Princess Leia, and even shows up in Rogue One: A Star Wars Story.

The fervour around all things Clone Wars and, in particular, Clone Troopers came to a head in 2020 with the launch of 75280 501st Legion Clone Troopers. Notably missing from that set (appropriately for an army builder) was the 501st’s leader, Captain Rex, who has only appeared with his Phase 2 armour in 2013’s 75012 BARC Speeder with Sidecar. That minifigure will now cost you at least £98 new or £64 used on BrickLink.

At one point, the idea of getting a minifigure of Grand Admiral Thrawn – a character previously restricted to books and other peripheral Star Wars media – seemed completely out of the question. But then Disney brought the iconic Chiss tactician into canon in Star Wars Rebels, and the LEGO Group delivered the impossible in 2017’s 75170 The Phantom. Given he hasn’t shown up since, it’s no wonder he now commands a price of at least £50 new on the secondary market.

For a costume that’s arguably one of the most memorable visuals from Star Wars: The Phantom Menace, Queen Amidala’s regal outfit is incredibly rare among the vast pantheon of LEGO Star Wars minifigures. The intricately-detailed character, which sports unique headdress and dress pieces, first appeared in 2012’s 9499 Gungan Sub – and despite how much those moulds must have cost to produce, they’ve never been re-used.