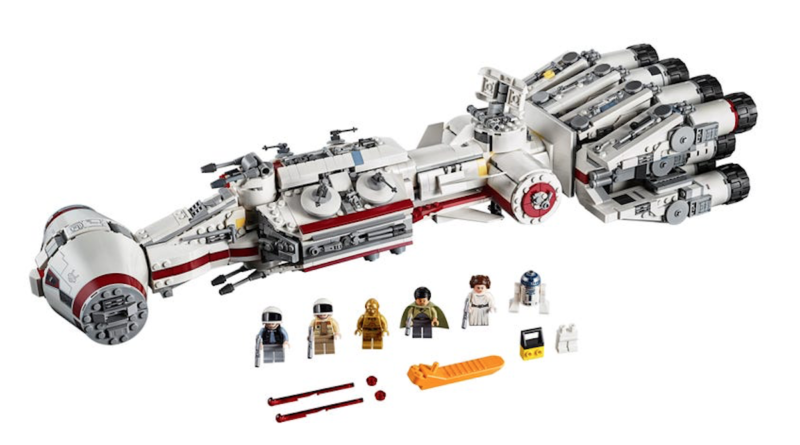 Rumours suggest that an actor may be returning to a familiar role in Star Wars, which could also hint at a potential future LEGO minifigure.

Last week Disney+ revealed that the upcoming Star Wars: Obi-Wan Kenobi limited series starring Ewan McGregor and Hayden Christensen would debut on May 25. We also got our first post-Episode III glimpse at the title character, thanks to a poster showing the former Jedi Master wandering the deserts of Tatooine.

In addition, Making Star Wars reports that yet another prequel actor will be joining the series. Jimmy Smits played Senator Bail Organa, the adoptive father of Princess Leia, in Attack of the Clones, Revenge of the Sith and Rogue One: A Star Wars Story, as well as voicing the character in the Star Wars: The Force Unleashed video game. Bail Organa would go on to be a key figure in the formation of the Rebellion against the Empire.

The report also mentions that Bail’s wife, Queen Breha Organa, will appear in Star Wars: Obi-Wan Kenobi, but doesn’t say whether original actress Rebecca Jackson Mendoza will return to the role. Both characters tragically died when the original Death Star destroyed Alderaan in A New Hope.

Whilst the LEGO Group hasn’t made any announcements regarding possible Star Wars: Obi-Wan Kenobi sets so far, just one Bail Organa minifigure has appeared to date. The character was included as one of six minifigures with 75244 Tantive IV, which has since been retired. If any LEGO Star Wars: Obi-Wan Kenobi sets did arrive at some point in the future, it’s certainly a possibility that both Bail and Queen Breha Organa minifigures could be included as part of the range.

Star Wars: Obi-Wan Kenobi will begin streaming weekly on Disney+ from May 25, which is exactly 45 years to the day that A New Hope was released in cinemas.