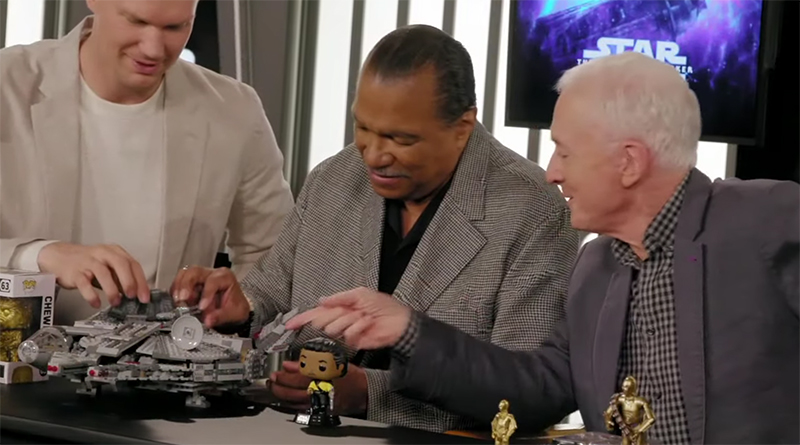 During a video released by the official Star Wars YouTube channel, the new LEGO 75257 Millennium Falcon set is revealed to the cast of The Rise of Skywalker.

Despite them having already turned up in stores, today has seen the ‘unveiling’ of some of the new LEGO Star Wars sets. On Thursday, the official Star Wars YouTube channel streamed the Triple Force Friday global reveal, packed with pre-recorded segments featuring the cast of Star Wars: The Rise of Skywalker.

John Boyega, who plays Finn, is given a look at 75257 Millennium Falcon. “I’m part of that LEGO. LEGO always impress, they got my hair right. I appreciate this LEGO, look at that texture over there,” the actor says.

“There’s Lando, look at that,” says Billy Dee Williams, name-checking his character. “I gotta have one of these.”

“So what’s the retail price on these things?” the sultan of smooth deadpans.