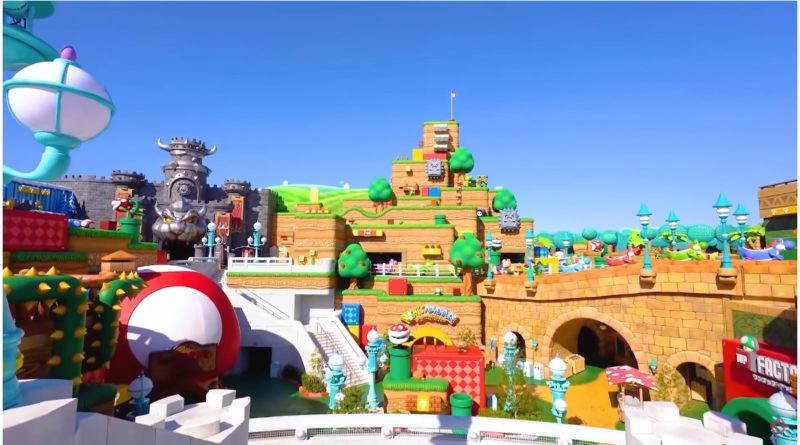 The American version of Super Nintendo World is confirmed to open next year in Los Angeles, presenting a great opportunity for LEGO Super Mario fans.

Super Nintendo World has been open in Osaka, Japan for about a year now, allowing people to truly step into the world of Super Mario for the first time. Now, Eurogamer reports that the first American rendition will open in Universal Studios Hollywood next year. A Florida version of the park is also reportedly opening in 2025.

However, Mario fans looking to enjoy all of Japan’s delights may be disappointed. While the Japanese version of Super Nintendo World features two rides (one based on Mario Kart, one inspired by Yoshi) space constraints will apparently prevent the latter from appearing here.

While there are no official tie-ins with the LEGO Super Mario theme, there are obviously some elements of the park that appeal to fans of the range. Outside of the broader Mario branding, park patrons can make use of a ‘Power-Up Band’ to interact with the park more fully. This band allows you to collect coins, battle enemies and unlock stamps. Since they’re themed around Mario characters, they also function as amiibo for use in Nintendo games that support them.

The LEGO Super Mario theme – which has just seen several new products announced – works in a similar fashion, with fans guiding Mario (or Luigi, or Peach) around a course of their own making. Interacting with different elements generates virtual coins, encouraging you to remix your level design and beat your high score. Super Nintendo World seems like a great way to explore that idea from a different direction, albeit a more expensive one.