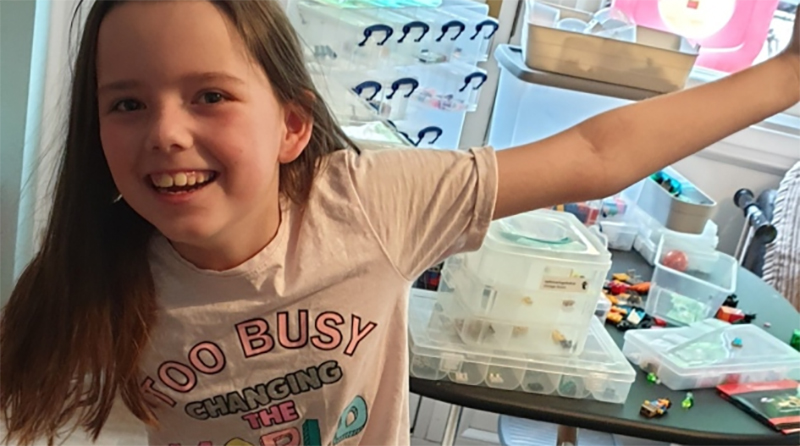 Chloe Watson, a 10-year-old young carer, has completed a LEGO marathon to raise money for other young carers.

A young carer has completed a 26 hour LEGO marathon to raise money for others in her position. Chloe Watson, aged 10, cares for her mother – also a carer – who is hard of hearing and has mental health issues, as well as her eight year old brother who has ADHD. Chloe provides emotional support, such as keeping her brother calm and reminding her mother to take medication.

“She is my little superstar. She has done so much for me and knows to hug me when I am crying. Her caring role just developed,” her mother said to the Eastern Daily Press.

During the 26 hour LEGO challenge, the LEGO Harry Potter fan built sets from the theme for half of the time and free building for half the time. The money raised will go to a charitable group supporting young carers, set up by Norfolk Family Carers Group.

“She loves LEGO and it is the only thing she can sit down and complete, although it will still be a real challenge for her,” her mother said. “She did complete the Harry Potter castle LEGO, which is the second biggest Lego set, in 21 hours when her Nan bought it for her for Christmas.”

At the moment the youngster is just a few pounds short of her £750 target – donations can be made at her fundraising page.