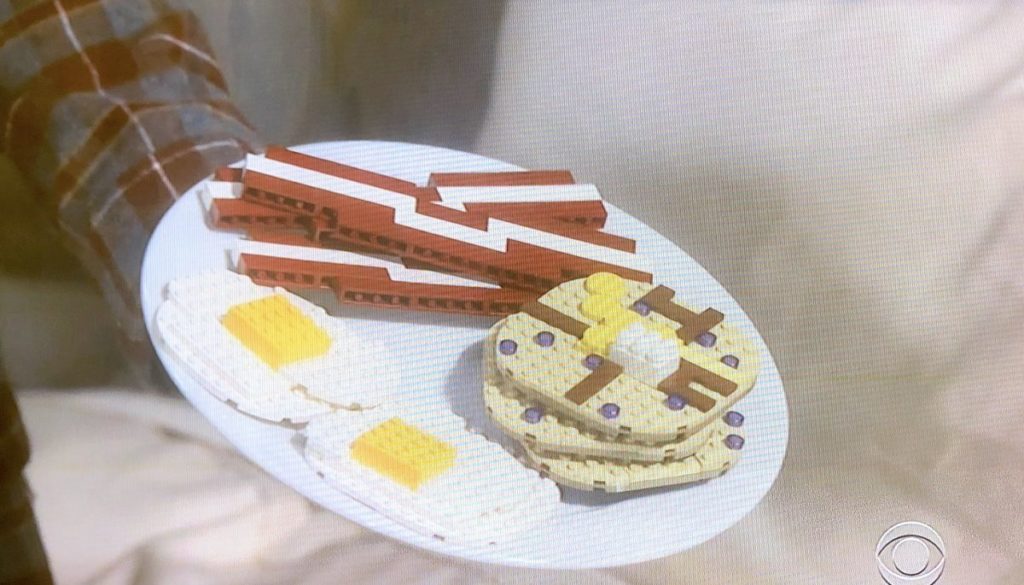 The first episode of The Big Bang Theory opened last night, with a breakfast made from LEGO bricks.

With the most popular comedy series on television back on the screens, the brick made an appearance early in the season premiere, “The Conjugal Configuration”. The Big Bang Theory is back for the series’ final season, with the first episode airing last night, September 24.

This episode catches up with Sheldon and Amy on their honeymoon, that takes in LEGOLAND and New York City. While the antics inside LEGOLAND remain off-screen, the opening scene sees Sheldon getting into the spirit of the day by bringing Amy a brick built breakfast in bed. Mayim Bialik confirms in her blog that on set it was indeed a completely LEGO constructed breakfast. 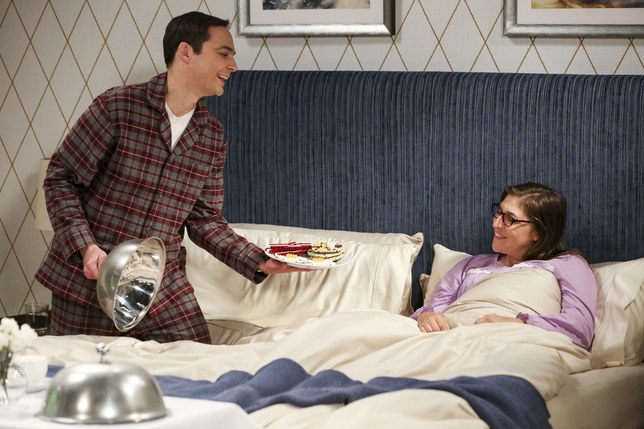 Over the years there have been many LEGO references and props in The Big Bang Theory, with LEGO Star Wars 10188 Death Star being one of the best known.

The connection between the long running comedy and the brick was firmed up when 21302 The Big Bang Theory was released as a LEGO set after successfully getting through the LEGO Ideas process. Last year, Warner Bros. and the LEGO Group teamed up to create brick inspired billboards for the studio’s most popular television series, including The Big Bang Theory.