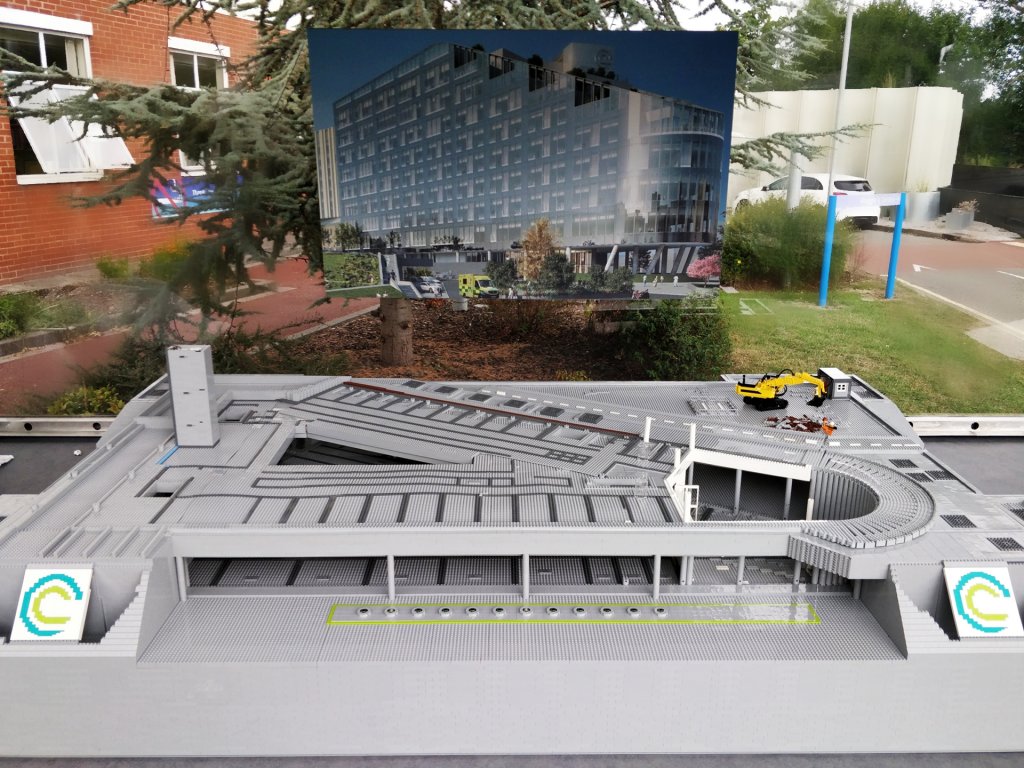 Later this month, the completed Big LEGO Brick Hospital model will be unveiled at The Great Brick Adventure.

As reported last month, the Clatterbridge Cancer Charity has commissioned the Big LEGO Brick Hospital to raise money for a new specialist cancer centre. To raise money for the hospital, the public is being asked to donate £1 and buy a brick, with will then be added to the model.

Bright Bricks is running The Great Brick Adventure over the August bank holiday weekend in Liverpool, where the model of the hospital will be displayed for the first time. The completed build will measure 1.6m x 2.8m x 1.6m and includes key details such as beds.

“We are really excited to be part of The Great Brick Adventure where people will get to see the model for the first time,” Katrina Bury, head of The Clatterbridge Cancer Charity, told The Guide Liverpool. “We have been overwhelmed by the donations so far which have allowed us, in partnership with Bright Bricks, to construct the foundations of the model hospital and the beginnings of the Radiotherapy department.”