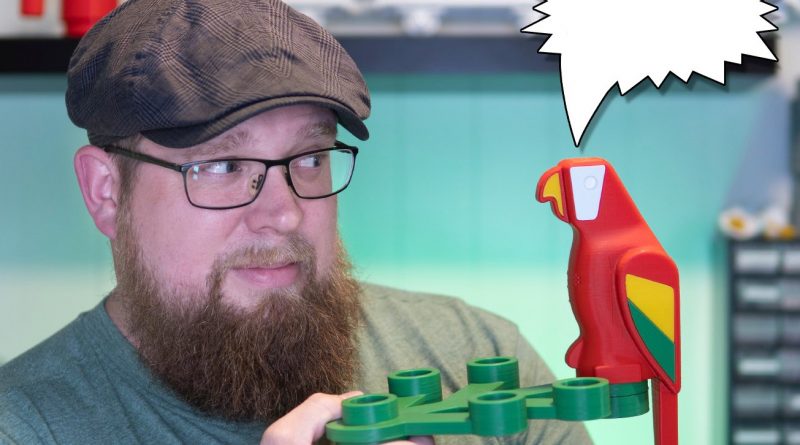 After issuing a series of takedown notices, the LEGO Group has caused frustration within the 3D printing community.

3D printing LEGO fans are frustrated as the LEGO Group has been sending to takedown notices to users who are sharing brick related designs online. 3D Printing Industry reports that the notices being distributed ask users to remove their listings, focusing on the “famous red-square LEGO logo and the Minifigure figurine”. According to Torrent Freak though, some of the targeted listings used neither.

“3D printing is an exciting and innovative technology that offers new possibilities for a range of different applications. We currently use 3D printing to create prototypes of new LEGO elements and are always exploring new ways to use this technology,” Jonas Søndergård, Global Press Officer at the LEGO Group, tells 3D Printing Industry. “However, 3D printing is not a viable alternative to the injection molding we currently use to make the LEGO bricks you find in our boxes in stores.”

Ida Rosendahl, Associate Manager Corporate Communications at the LEGO Group was not forthcoming about the reason for the takedown notices, warning that an explanation could be weeks away due to the volume of queries the company receives.

Some of the items that were given takedown notices were clearly fan art, such as Stian Ervik Wahlvåg’s upscaled elements. He explains his frustration: “I absolutely love the endless creativity that LEGO brings. As a 3D designer, I wanted to have fun and create human-scale versions of some of their iconic bricks where I also challenged myself by adding electronics.”

“This project has been based on nostalgia and the love for the bricks. With the bill of materials I end up spending money on these projects. The files I create I always share for free, and I find enjoyment in seeing other people sharing photos of their makes.”
The requests for users to take down their content did not necessarily specify what the reason was, with no mention of copyright infringement in at least some cases.

Chengxi Wang, CEO of 3D printable content platform MyMiniFactory received a takedown notice. He says: “I fully understand that [LEGO] need to do this to protect their IP and I respect that, but as an AFOL and a maker that wants to show my passion and love for LEGO with my projects I am a bit disappointed. I will probably focus less on LEGO in the future and spend more time on my own projects. It’s a shame because I thoroughly enjoyed making these LEGO projects.”

Last year, the LEGO Brand Group invested in a 3D printing firm. Currently the company uses the process for protyping.