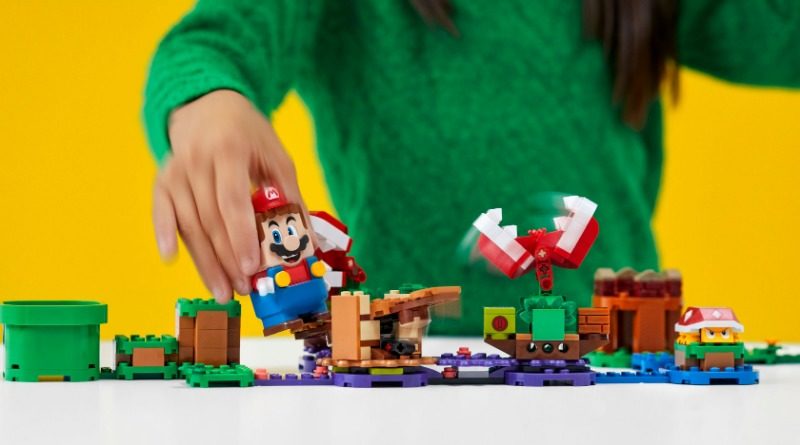 The NPD Group has announced the winners of its Global and European Toy Industry Performance Awards with LEGO Super Mario winning not one, but two accolades.

The NPD Group have now published the list of winners in its Global and European Toy Industry Performance Awards for 2020. Many popular toy brands have earned a spot on the list from Hasbro to Warner Bros, and of course, the LEGO Group, who won their awards with products from only two themes.

LEGO DOTS was the winner of the ‘Arts and Crafts’ category in Europe’s Top Gaining Toy Property award, according to NPD’s Retail Tracking Service. The theme is still a relatively new venture for the LEGO Group, having now entered its second year of decorating desks, wrists and more. A new range of LEGO DOTS sets are set for release in March, so it will be interesting to see if they prove just as popular with European fans as the first year did.

However, LEGO DOTS wasn’t the only winner in this award as LEGO Super Mario helped seize the category of ‘Building Sets’ for the LEGO Group too. The LEGO and Nintendo partnership also saw a specific set winning another award with 71360 Adventures with Mario Starter Course winning the prize for the same category in the US Top Selling Toy by Supercategory award. A new range of LEGO Super Mario sets is now available too, introducing the Soda Jungle biome in its second year.