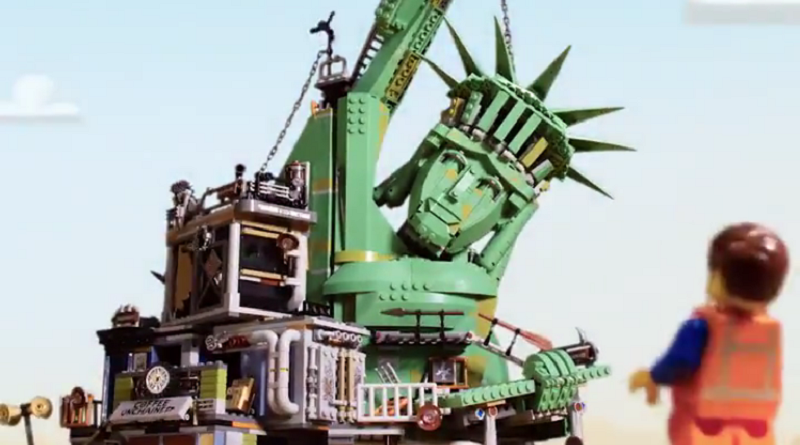 To celebrate the announcement of The LEGO Movie 2: The Second Part 70840 Welcome to Apocalypseburg!, the LEGO Group has released a fun snippet of stop motion animation using the upcoming set.

Earlier today, The LEGO Movie 2: The Second Part 70840 Welcome to Apocalypseburg! was announced by the LEGO Group. The new 3,178 piece is the largest and most detailed set in the range of products for The LEGO Movie 2. To show off many of the little easter eggs and functions of the set, a little stop motion animated clip was released on social media by the LEGO Group.

The snippet shows Emmet traversing the many steps and ladders of Apocalypseburg to reach Lucy’s lookout tower so that they can share a coffee, with him passing some very colourful characters along the way. Watch out for the neat nod to The LEGO NINJAGO Movie.