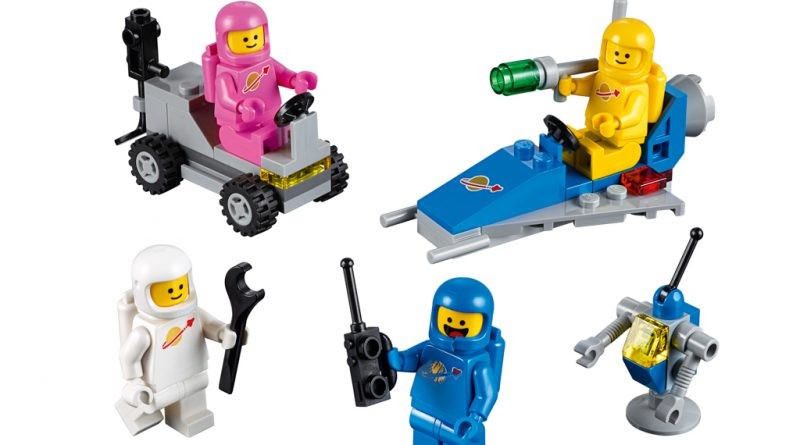 The names of Benny’s Space Squad from The LEGO Movie 2: The Second Part have been revealed.

Yesterday, the product line for The LEGO Movie 2: The Second Part was revealed online, with fans fascinated by new sets including the very desirable 70841 Benny’s Space Squad. The set sees the return of classic Space minifigures, with a never before seen colour – for the first time, LEGO fans can get the classic Space design in pink.

Over on Twitter, LEGO Vice President of Design – and Executive Producer on The LEGO Movie 2: The Second Part – has revealed the names of the characters in Benny’s Space Squad. The pink character is Lenny, the yellow character is Kenny and the white character is Jenny.

While it will be fascinating to see how these space adventurers play into the film, it will be even more interesting to see what fans are inspired to build for these minifigures. Given that the set includes four minifigures for $9.99, it will be very affordable to accumulate the little fellows – even if it does take a while not to get Lenny and Kenny confused… or should that be Jenny?