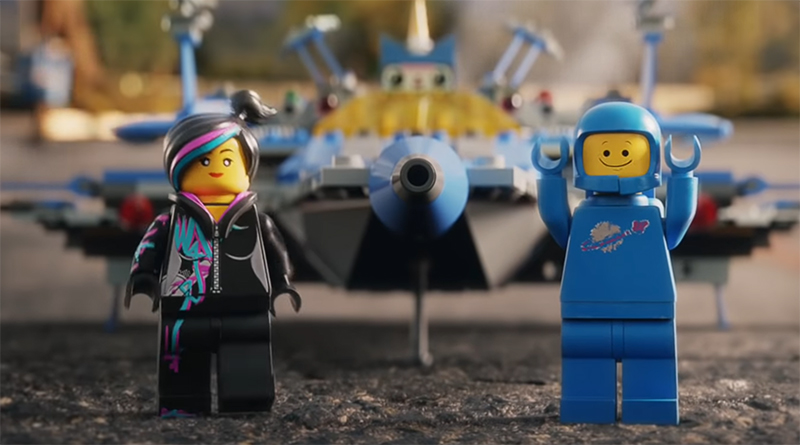 A new television advert for Wal*Mart features sci-fi related characters from film and television including Benny and Wyldstyle from The LEGO Movie.

To promote Wal*Mart Pickup, the new service that offers “free pick up on everything for your journey”, Wal*Mart has paid out big bucks for a Superbowl advert that features characters from just about every iconic sci-fi movie in the last few decades.

From The LEGO Movie, Benny, Wyldstyle and Unikitty turn up in 70816 Benny’ Spaceship, Spaceship, SPACESHIP! but then struggle with the big blue bag as they are slightly too small to grab the handles. Thankfully they do find a solution.

Viewers will enjoy picking out each of the film references or characters who appear during the comemrcial’s two minute run time. The Brick Fan shared the new of this advert.

Eagle-eyed fans will notice that the LEGO characters take away a brick bucket set with them.

Other films that have participated in the advert include Star Trek, Guardians of the Galaxy, He-Man, Toy Story, Bill and Ted, Marvin the Android, Men in Black, Mars Attacks!, Blade Runner and Star Wars all appear in the new advert.