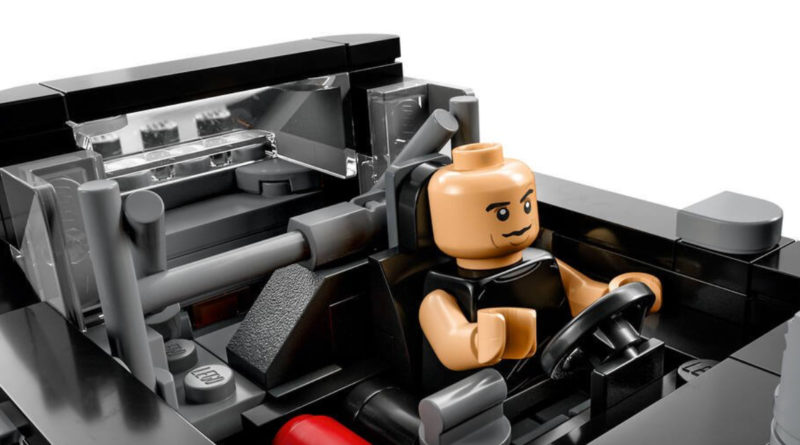 The new skin tone introduced in 75325 The Mandalorian’s N-1 Starfighter seems to have made an appearance in the LEGO Speed Champions line.

For some time, the LEGO Group has produced licensed minifigures with more realistic skin tones. However – while they have certainly enhanced licensed LEGO products – they’ve also proven rather limited in some contexts. Characters with Asian ancestry (like Shang-Chi) have had to make do with the standard light shade, representing an unfortunate compromise in LEGO product design. Pedro Pascal also had to make do with a generic, fair-skinned minifigure when he appeared in the LEGO DC Comics line a few years back.

This is a problem that the Star Wars theme recently tackled, thanks to 75325 The Mandalorian’s N-1 Starfighter. While the titular Mandalorian typically wears a helmet, we have gotten some occasional reveals of Din Djarin’s face (played in the TV show by Pedro Pascal). 75325 The Mandalorian’s N-1 Starfighter gave us our first printed minifigure head for the character, and introduced a new flesh tone situated between the existing options for LEGO characters.

Now it seems the Speed Champions line has benefited from it as well. Generally, Speed Champions sets provide generic yellow minifigures to drive its vehicles – even if the cars themselves are highly realistic. However 76912 Fast & Furious 1970 Dodge Charger R/T (recently revealed by a French retailer) includes a LEGO Vin Diesel, with the appropriate skin tone intact.

Since this is a render rather than a photograph, it’s not clear if this is the same skin tone introduced for LEGO Din. It could be that LEGO Vin uses the same shade introduced for the LEGO Star Wars clone trooper minifigures. It could even be one we haven’t seen before, or on a regular basis.

But in any case, it’s encouraging that the LEGO Group is continuing to refine these aspects of its overall product design. With luck, we’ll see Din’s skin tone appear in other LEGO sets where it’s appropriate… and that, if they’re needed, other subtle colour shifts are introduced to LEGO sets going forward.

If you want to add this LEGO Speed Champions set to your collection, rumours indicate it’ll be available from August 1. However, this release date has yet to be officially confirmed.