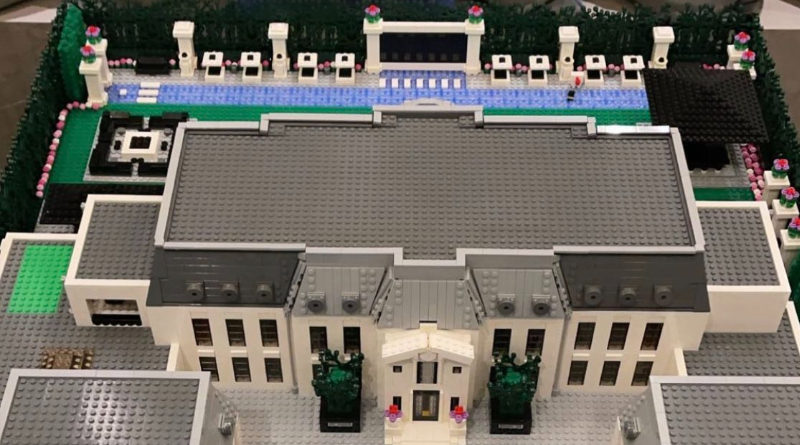 The popular rapper Drake has revealed a massive replica of his Toronto mansion, made entirely from LEGO bricks, but at a smaller scale.

The Toronto-based rapper has revealed his latest project on his Instagram story, and it’s not a new track. The rapper has unveiled a brick-for-brick version of his home mansion, known as The Embassy.

The model was first revealed on Instagram, but unfortunately, with no accompanying text to indicate the piece or hour count. In fact, it’s entirely unknown whether Drake made the mansion himself or if it is a commission.

Either the way the LEGO replica of The Embassy is an impressive recreation. The model comes complete with gardens, a rear pool and two microscale cars that even at this size show just how massive the mansion is. No doubt Drake has plenty of room in his home to display the creation.

The borders of the model are surrounded by a thick wall of LEGO foliage, and various greenery can be spotted throughout the build. This is not the first sign of celebrities showing their love for the brick with Ashley Eckstein revealing her latest build earlier today.