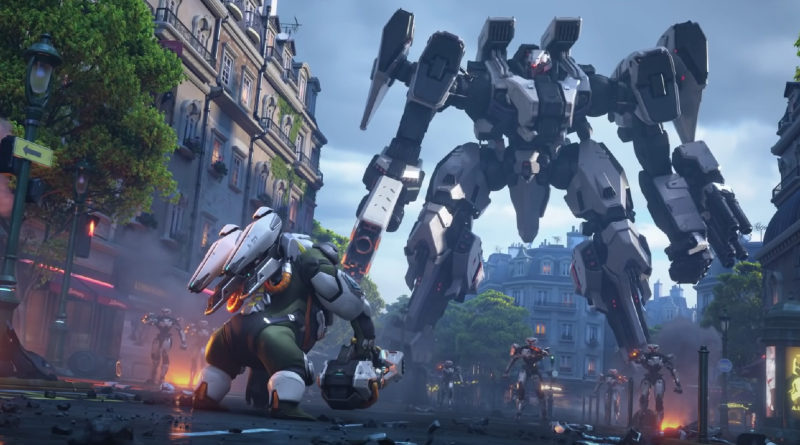 LEGO Overwatch could be set for a return in 2021, according to a new rumour and a potential listed set.

The 2021 set rumours continue to surface, this time with LEGO Overwatch having a listed set on the Spanish retailer site Libreriatilos. The set has now been removed from the site but YouTuber Just2Good has reported on it.

The listed set went under the name ‘LEGO null sector titan’ and was listed on the Spanish retailer under the collection of ‘BLIZZARD’. Just2Good also notes that the potential model could also be found on another Spanish retailer site, Caótica. That listing has now also been removed but can still be viewed via Google’s cached version.

From this, we can see that this potential LEGO Overwatch set could be themed to a Null Sector Titan, a massive enemy robot that can be clearly seen in action in the Overwatch 2 Cinematic trailer (below) and pictured in our featured image at the top. The name might also indicate that the set would be themed to Overwatch 2, a sequel to the original multiplayer game releasing sometime in the future.

With a sequel incoming, it’s possible that the LEGO Group could revive the theme, following on from no sets being released since the end of 2019. This might also bring an opportunity for at least one new hero, with both Mei and Brigitte featuring prominently in the cinematic. However, this is all speculation.

Last year it was reported that six more LEGO Overwatch sets might have been found on the LEGO Group’s database website. This may be one of the sets brought back in time for the sequel. The set was listed on Caótica as having 901 pieces and costing €98.78.

As ever, all this is only speculation and should be treated as such until an official announcement is made regarding the future of LEGO Overwatch.