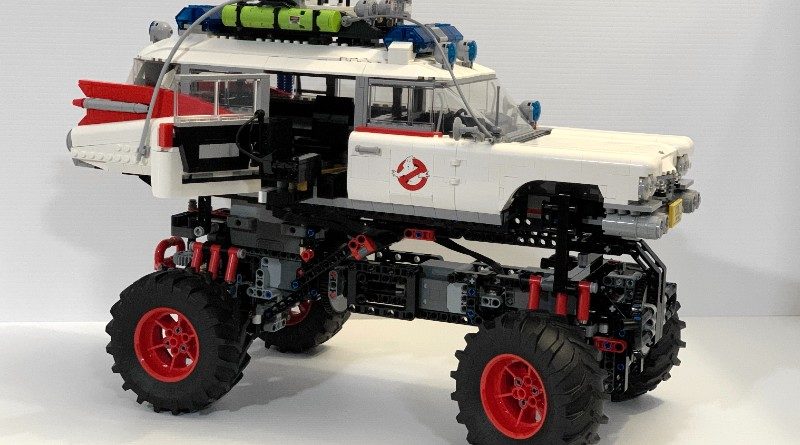 A reddit user has combined three LEGO sets into one for a remix of LEGO 10274 Ghostbusters ECTO-1, transforming it into a monster of a vehicle.

Not only does this behemoth of a build combine three sets into one, but it retains the main functions of two of them. The model still features the opening doors and deployable drone from 10274 Ghostbusters ECTO-1, with a slightly taller drop than usual. It also retains a certain feature from 42099 4X4 X-treme Off-Roader.

In a video on YouTube, BashfulWitness demonstrates the RC functionality. It’s even been amped up to move the communications equipment on top of the ghost-busting vehicle. They also mention some potential upgrades to use a spare port on the CONTROL+ hub to increase the speed.

Such an impressive creation doesn’t come cheap, and 10274 Ghostbusters ECTO-1 is currently out of stock at LEGO.com. Should you be wishing to recreate this Ghostbusters monster truck for yourself, sign up to our LEGO Stock Alerts to find out when it’s ready to buy.