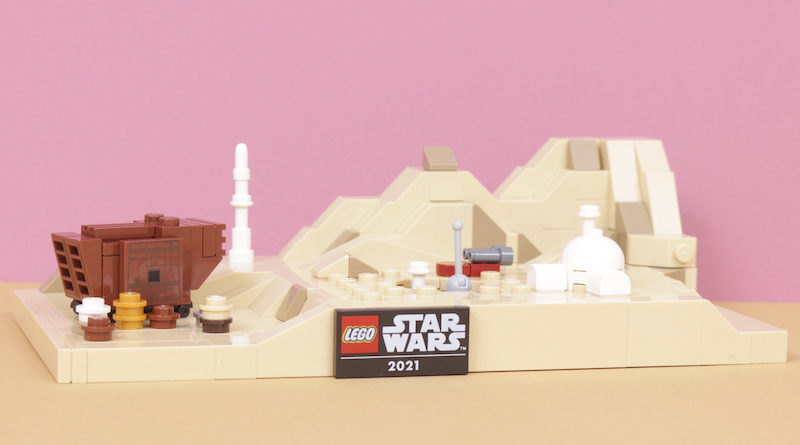 A huge new LEGO Star Wars model, double VIP points, and a tantalising freebie: it can only be May the Fourth.

This year’s annual Star Wars celebration (with a small ‘c’) kicks off today, and it’s the perfect time to dive into LEGO sets new and old. If you’re looking for fresh meat, 75308 R2-D2 has just arrived at LEGO.com, offering a 31cm-tall recreation of probably the most iconic tin can in the world.

The buildable droid celebrates 50 years of Lucasfilm with an exclusive printed brick – just one of its 2,314 pieces – and a customary Artoo minifigure, which we still reckon represents a major missed opportunity for the LEGO Group. In any case, you’re coming to 75308 R2-D2 for the big guy, not the little one.

There’s another free set waiting exclusively in LEGO Stores, too, with 30388 Imperial Shuttle handed out with any spend of at least £40 / $40 / €40 on Star Wars products. Buying online means you’ll miss out on that tiny rendition of this year’s larger 75302 Imperial Shuttle, but you’ll also miss out on the throngs of people doing their shopping in-person, so… your call.

Finally, whether you do your shopping from the comfort of your sofa or by rolling up to your local LEGO Store, you’ll also earn double VIP points (equivalent to 10% cashback) on all LEGO Star Wars purchases. And yes, everything here stacks – which makes picking up 75308 R2-D2 on day one a surprisingly enticing prospect.

Keep an eye on our dedicated May the Fourth page for all the deals across this weekend, and support the work that Brick Fanatics does by ordering your LEGO Star Wars sets using our affiliate links.