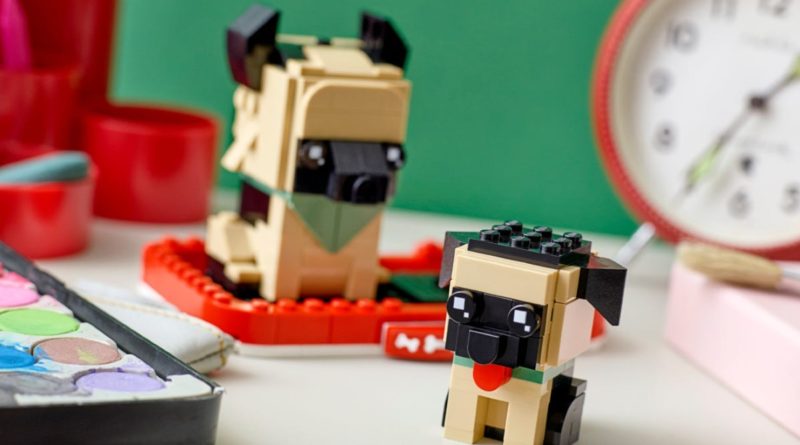 More LEGO rumours for 2022 have surfaced, suggesting that three BrickHeadz are coming to continue the Seasonal and Pets subthemes.

Brick_clicker on Instagram is reporting to have information regarding three LEGO BrickHeadz sets for next year as well as another for the rumoured Ahsoka Tano Star Wars model.

An Ahsoka Tano BrickHeadz was previously reported to be planned for launch on January 1, 2022, which the Instagram user echoes, though without a set number and now with a price of $9.99.

Two more sets are rumoured and said to fall under the Pets subtheme, which was introduced in 2021 with creations such as 40440 German Shepherd (pictured above), being 40543 St Bernard and 40544 French Bulldog. The Instagram user states that both have a price of $14.99 and, should it follow the pattern of previous builds in the range, they may include a fully-grown and younger version of the dogs as well as a base to display them on.

Another listed model in the report is 40540 Lion Dance Guy for $9.99. This follows a similar naming convention to that of 40354 Dragon Dance Guy, which depicted a parade participant in a decorated dragon outfit.

The user also states that more licensed BrickHeadz are to follow after January, with all four rumoured sets said to have a release date of January 1. As usual, treat these rumours with caution until the LEGO Group makes an official announcement regarding LEGO BrickHeadz in 2022.