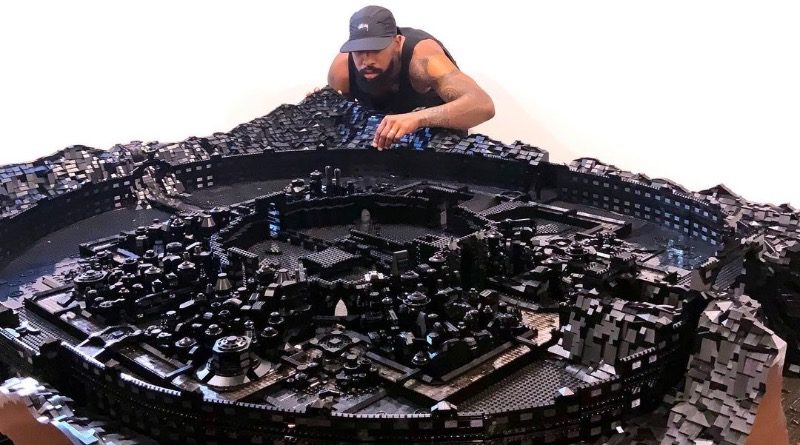 A museum in Toronto has acquired a sprawling 100,000-piece LEGO sculpture of a futuristic African metropolis from Ghanian-Canadian artist Ekow Nimako.

The enormous installation was the centrepiece of the LEGO artist’s exhibition Building Black: Civilisations, which was on display at Toronto’s Aga Khan Museum from November 2019 to February 2020. Titled Kumbi Saleh 3020 CE, the work depicts Mauritania’s ancient trading town 1,000 years in the future.

At the height of the Ghana Empire – roughly around the ninth to 11th century – Kumbi Saleh was central to the trans-Saharan trade route, and provided culture and trade links between Africa, Asia, the Middle East and Europe.

The Aga Khan Museum commissioned the sculpture from Nimako – who’s known for his Afrofuturist interpretations of black history – to sit alongside its archaeological exhibit Caravans of Gold, Fragments in Time, which tackled the cultural and religious impacts of Saharan trade routes.

Curator Michael Chagnon explained that the acquisition of the piece ‘enhances the museum’s ability to tell global stories about the contributions of Muslim civilisations across time’, while the artist’s proximity to the institution also played a key role.

“The museum is a cultural hub for our neighbourhood and part of our work – and part of any museum’s work – must be to support local artists,” Chagnon said in a press release.

Like many museums around the world, the Aga Khan is currently closed due to coronavirus restrictions. Fortunately, you can still access plenty of its resources online, including a video from Nimako that discusses his influences and process. You can also check out more of the artist’s work on his Instagram profile.