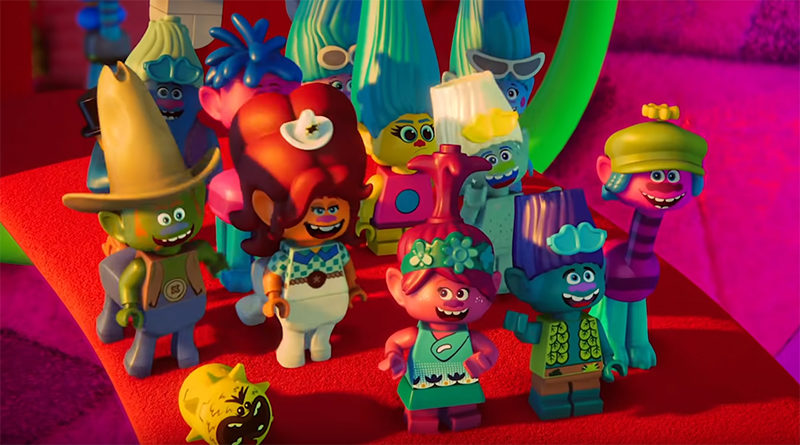 Trolls World Tour was a lockdown hit when it was released earlier this year, captivating young audiences when it went straight to streaming after cinemas closed their doors. Just Sing is one of the film’s positive and catchy songs – and now it has an animated LEGO music video.

The video has been shared by Peacock Kids, to promote the film’s arrivial on the streaming service Peacock. In the three minute clip, various characters from the film and LEGO theme come together.

Trolls World Tour takes place four years after the original animated movie. Poppy and Branch (Anna Kendrick and Justine Timberlake) head out into the world where they encounter different tribes of Trolls, each with a different musical spin.

41258 Vibe City Concert was the last set to be released in the LEGO Trolls World Your theme, which launched this year to coincide with the animated feature.