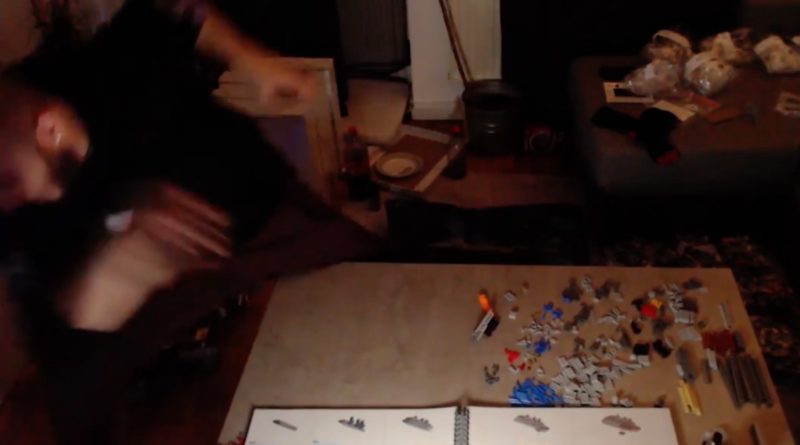 A Twitch streamer spent 13 hours painstakingly piecing together LEGO Star Wars 75192 Millennium Falcon – then immediately tripped over and destroyed it.

Assembling the 7,541-piece Ultimate Collector Series rendition of Han Solo’s freighter is no small feat. And by the 13-hour point in his livestream, The BananaaMan wasn’t anywhere near finishing the largest LEGO Star Wars set to date.

But all that effort was almost instantly undone when the Twitch user took a step back – and promptly lived up to his username by slipping over (geddit), bringing the Falcon back to its primordial state in the process. Which is to say, to thousands of tiny LEGO bricks.

After an initial ‘ow!’ and a brief moment to consider the gravity of the situation, TheBananaaMan confirmed that the Falcon gave as good as it got: “Cut my hand open, broke my LEGO. It’s in thousands of pieces.”

In a follow-up post on reddit, the streamer revealed that the set had come off worse in the end, with four pieces broken beyond repair. The LEGO Group’s customer service team will sort those out no questions asked, but there’s always the video evidence if they want it.