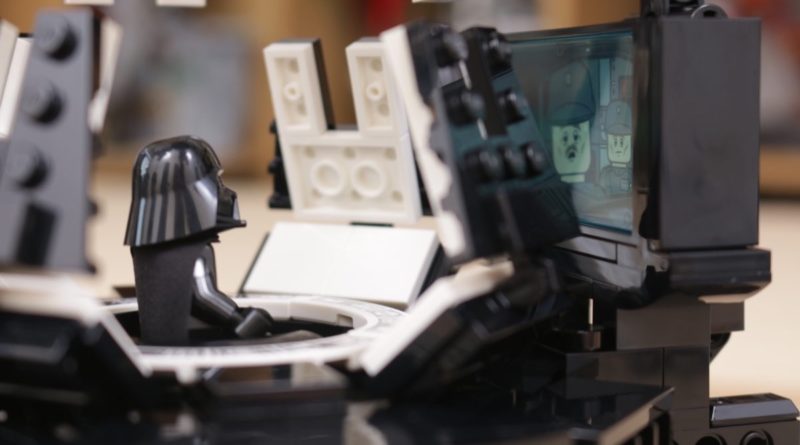 An interview with members of the LEGO Star Wars design team has revealed that the first Diorama Collection set is already available.

“You could call it the first diorama model,” shared Jens. “Of course, we are listening to feedback, [but] we also work so far ahead that we find it difficult to react, because we are really developing things almost a year before they’re actually being released.”

Despite not featuring a quote, the base of 75296 Darth Vader Meditation Chamber matches the three upcoming additions to the LEGO Star Wars Diorama Collection with grille elements and the LEGO Star Wars logo with the name of the set on a label brick.

Those who already own 75296 Darth Vader Meditation Chamber can look forward to displaying it alongside 75329 Death Star Trench Run Diorama, 75330 Dagobah Jedi Training Diorama and 75339 Death Star Trash Compactor Diorama when they launch on April 26. Also scheduled to release just before them, but only by coincidence, is a Jurassic Park diorama model.

Otherwise, 75296 Darth Vader Meditation Chamber is available now on LEGO.com in the UK, US, and Europe.