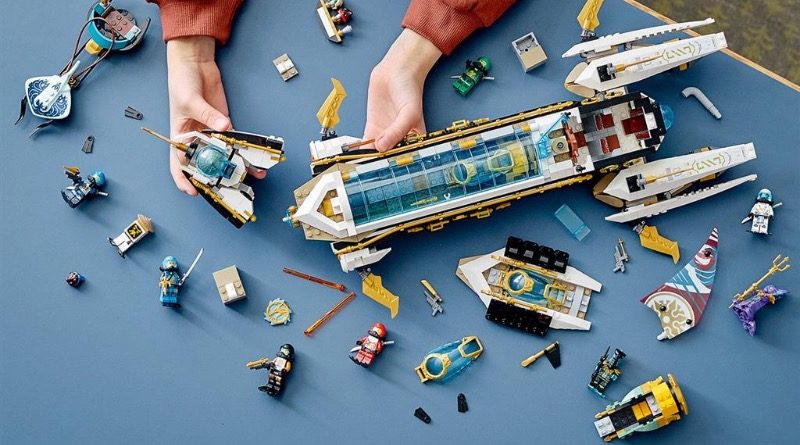 The LEGO Group’s Vice President of Environmental Responsibility says the company is looking into ways to sustainably recycle bricks that have reached the end of their life.

During a recent roundtable conversation with LEGO Fan Media, Tim Brooks told Brick Fanatics that the LEGO Group is well aware of the environmental implications of LEGO bricks that go beyond the point of usability, and therefore can’t simply be handed down through generations, sold or given away.

“Materials are only materials – they’re not magic,” Tim says. “So of course, at some point, they will not be able to clutch together. And one of the things we’re working on is, what does that recyclability look like? We know that when things become very small, they become harder to recycle. The recycling systems and infrastructure can’t handle smaller things. And that’s something that we want to work more with recycle infrastructure on.”

Part of that conversation includes LEGO Replay, a program currently running in the US and Canada that invites LEGO fans to donate old and unwanted bricks so that they can be better enjoyed elsewhere. But not all those bricks will be usable – some will have already reached the end of their life, whether through natural wear and tear or because they’re broken. But it’s a problem the LEGO Group is apparently already keenly aware of.

“I think what we are hoping to do, and what we already do through Replay, is take out anything that’s broken or worn down,” Tim explains. “And those are the first steps in saying, ‘Yes, we know bricks will have an end of life, [so] how do we collect them back? What are the role of third parties to collect them back?’ I mean, bricks are technically recyclable, and they are recyclable in some jurisdictions, but plastic recycling is patchy across the world. And that’s something we’re working on.”

Tim also says that the LEGO Group is hoping to engage adult fans in the conversation around end-of-life bricks, in an effort to avoid a huge environmental impact at a time when the company is otherwise focusing heavily on sustainability – such as with its first-ever recycled LEGO brick.

“We want to push forward more on that end-of-life,” he confirms. “And it’ll be more relevant for you guys and the people who you engage with, because you’re naturally much heavier users of bricks, so you’ll see that end of life earlier, and I think we would want you guys along on that journey as well. When do you see the end-of-life of bricks, and which bricks? What do you do with them? What do you think we should do with them? We’d definitely like to open that conversation up.”