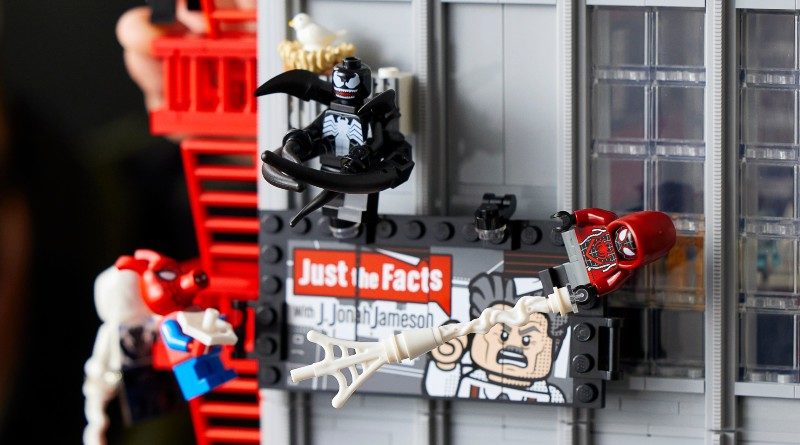 LEGO 76178 Daily Bugle is the biggest Marvel set of all time with 25 minifigures visiting the newspaper, but we can’t help but feel that a few are missing.

The newly-revealed Marvel model already contains much of the Daily Bugle’s many named employees from over the years as well as some superheroes and villains that have visited the building – or teamed up with the web-slinging Spider-Man.

However, there are a few names missing on the list of minifigures that would make just as much sense to appear as any other character, most are even teased in the set itself. Here are the five characters we think should be in 76178 Daily Bugle.

With two of Spider-Man’s romantic interests already present within 76178 Daily Bugle, why not add a third? Mary Jane Watson is one of the more well-known companions to Peter Parker and a skilled journalist on her own. Therefore, there’s no better set to see the return of her minifigure from 76016 Spider-Helicopter Rescue than that of an 82cm-tall newspaper building.

Wilson Fisk is one of the most influential figures in the fictional New York City, operating both a highly successful business and a prolific criminal organisation. The character makes a cameo in the newsstand beside the larger building on the cover of a magazine, and it seems about time that he got his own minifigure. However, with the formidable stature of Wilson Fisk, a big figure like Hulk might be more suitable.

Doctor Connors was an esteemed surgeon who decided to experiment on himself with an untested formula, occasionally transforming him into the monstrous Lizard. The character can be seen on a news broadcast on the building’s main TV as one giant reference to the comics. Whilst this set doesn’t need another villain, having Curt Connors as a civilian character could fulfil the desires of many a Marvel builder.

As the superhero alias of Spider-Man clone Ben Reilly, the character played a very important role in the Clone Saga series of Marvel comics and appears alongside Doctor Connors in the news broadcast. The difference between these two is that Scarlet Spider has already seen two minifigures. Including another member of the Spider-based superheroes in 76178 Daily Bugle would have helped in completing the collection, but preferably not at the cost of characters like Daredevil and Fire Star.

We won’t be too surprised if you don’t recognise the name of this character. Frederick Foswell was a reformed villain who went by the name of Big Man. The villain had attempted to take over New York’s many gangs after Spider-man hung up the mask, before seeing the error of his ways and finding a job at, you guessed it, the Daily Bugle.

You can find out more about 76178 Daily Bugle by web-swinging over to our full image gallery or by discovering why it’s LEGO designer Mark Stafford’s dream LEGO set.